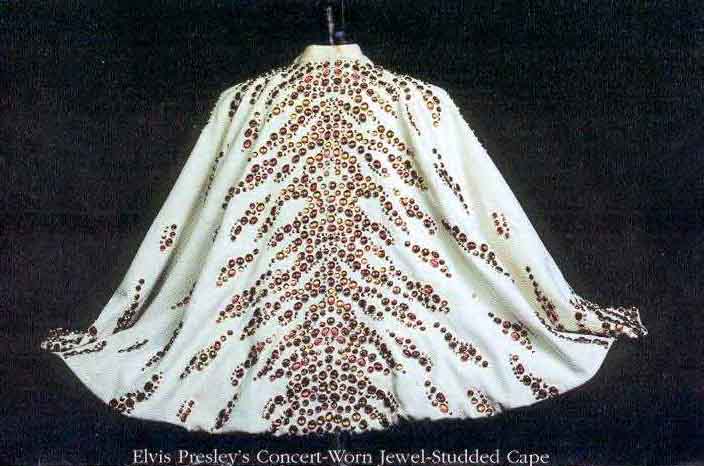 This cape was acquired by a private collector in a recent auction. It was designed for the " Amber jumpsuit " and worn in 1973. Elvis didn't wear this jumpsuit too often and the few pictures seen so far with this jumpsuit are from the August/September 1973 Vegas season. Elvis wore a cape for the very last time in Atlanta, GA. on July 3rd 1973, and therefore any photographs with Elvis wearing this cape would be before the aforementioned Las Vegas Season. We also know Elvis didn't use that jumpsuit during both tours of 1973 ( April & July ).

This jumpsuit was most likely designed with other suits worn for the first time at the January/February 1973 Vegas Season. These jumpsuits being : Nail, Red Flower, Today, Sunlight and  Snowflakes to name a few.

Given the above the only possibility to see a photograph wearing this cape would be from the January/February 1973 Las Veags season and/or at the May '73 Lake Tahoe season. 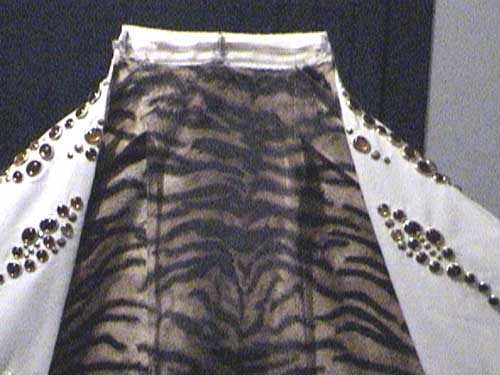 If you look closely at the picture on top ( the back of the cape ) you can see it looks like the spine of a tiger. The lining inside definitely confirmed it was the idea. Indeed you can see the designs on the cape were made to match the tiger lines in the lining. It is said that the lining is real fur or a very expensive imitation.

Here's a full view of the lining inside. 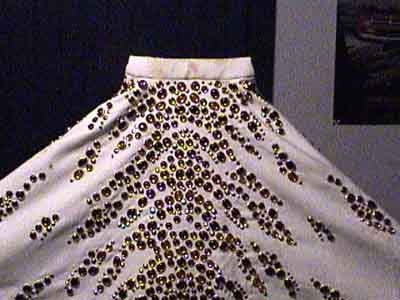 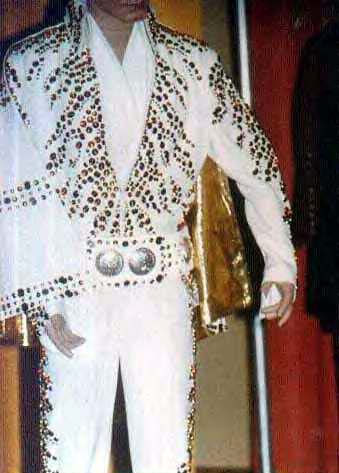 The suit has been displayed at Graceland but as you can see on this photograph they don't have the matching cape. They have used the " Nail jumpsuit " cape here. The owner of this cape is trying to find a picture of Elvis wearing the cape so here's more details below. 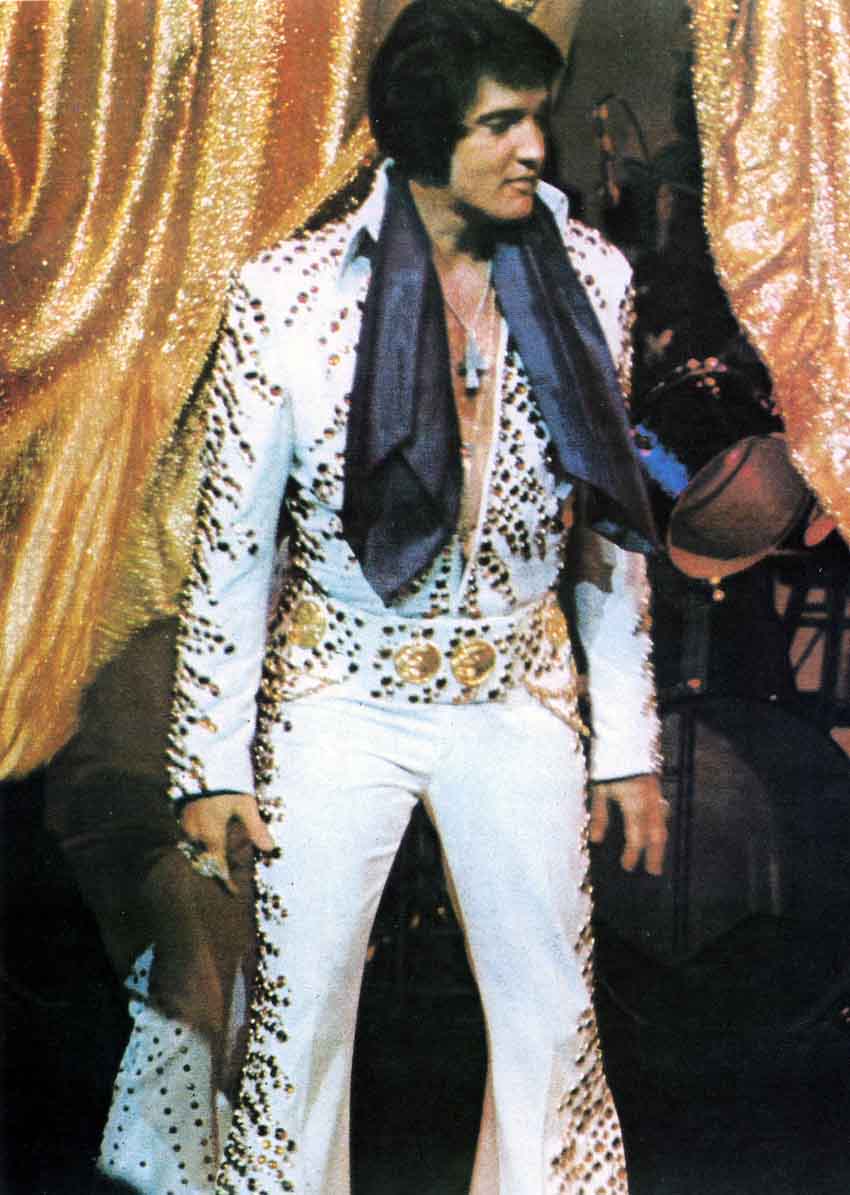