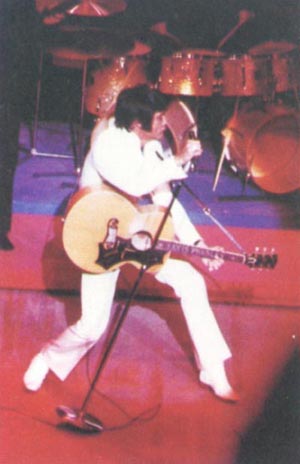 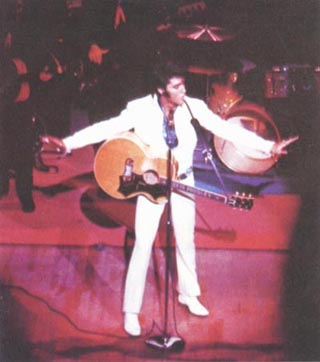 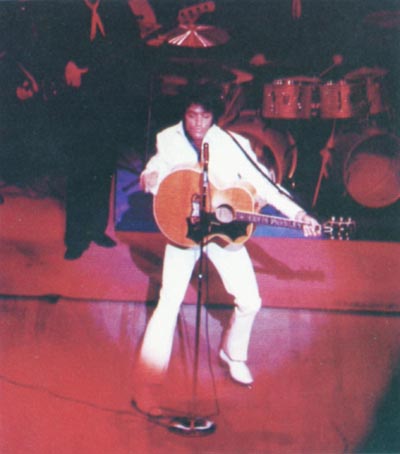 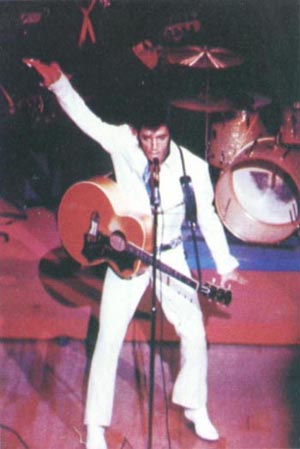 Elvis used mostly dark outfits during that Summer (Brown, Black, Navy Blue,etc..), some white ones were also worn and the one shown on that page is different that the other you can see on  page 1969-2 (bottom left). It was also very rare that a metallic belt was used with the white version of these costumes, however it equally happened with a black version too re. 1969-2 (middle left).