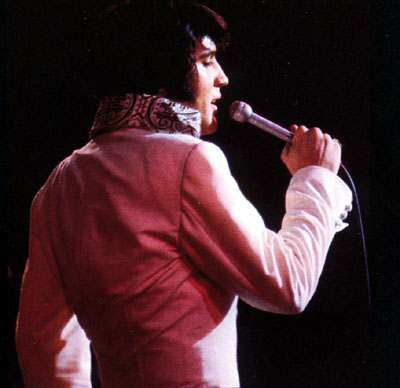 It was a new jumpsuit for the January/February 1970 Vegas season. This is a fairly known stage attire as there was a picture of the " White Sleek " suit on the back cover of the LP " On Stage ". 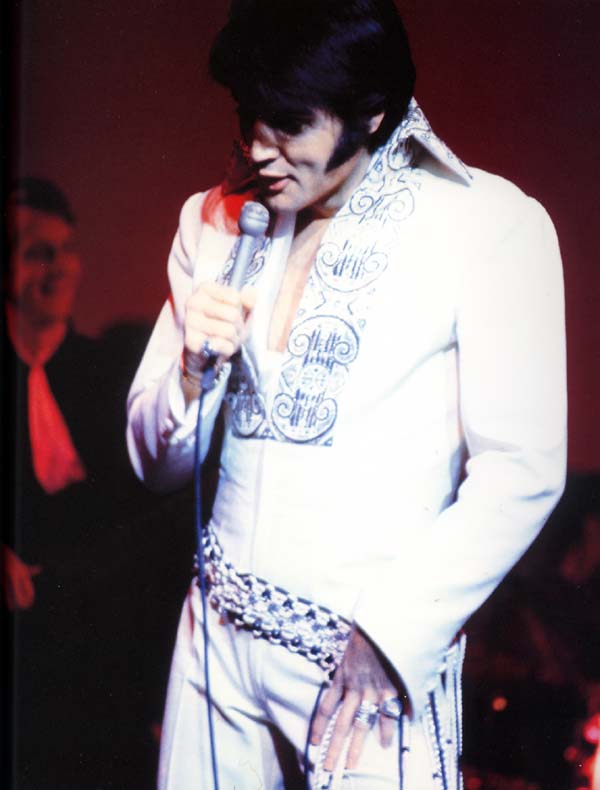 The Variety's review of Elvis' opening night reported that " Presley's appearance, delivrery, and anatomical gestures, the same as he pioneered with 15 years ago leave no doubt about his influence on present-day Presley's. " 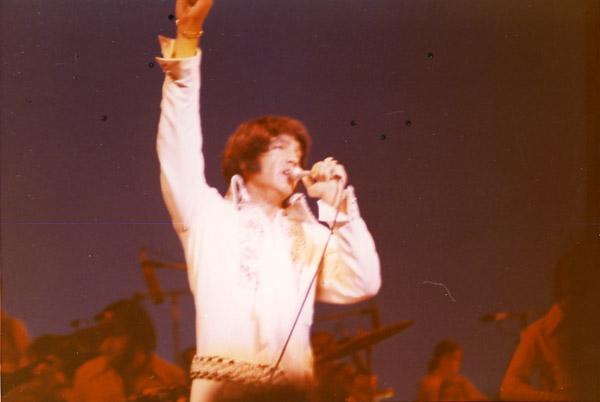 Las Vegas,NV. September 1970. Although this jumpsuit is being associated with the first Vegas season of 1970 and Houston in February 1970, it appears  Elvis used the " White Sleek " jumpsuit in August and September 1970.

For those who doubts this photograph was took in September 1970,then look behind Elvis and you'll notice that Ronnie Tutt is on drums. He wasn't the drummer at the January-February 1970 Vegas season. He had other engagements and was replaced by Bob Lanning.