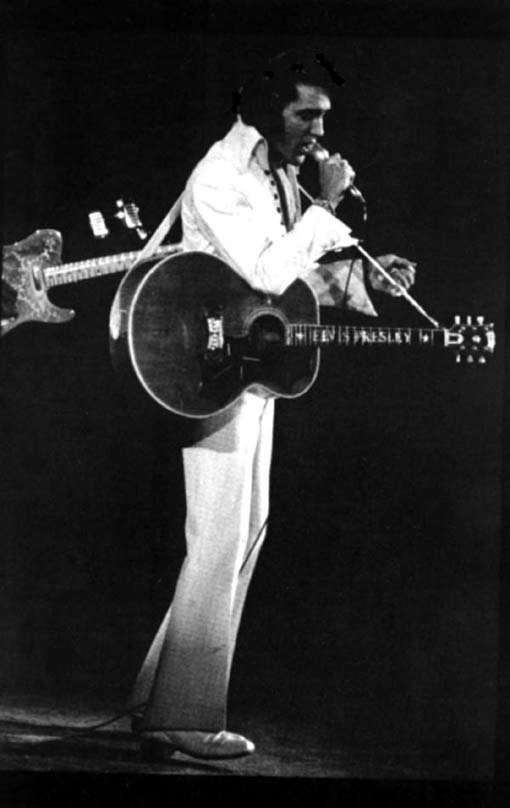 At first I dated this picture from Tampa,FL. of the September 1970 tour, however it was a mistake on my part. During the first tour of 1970 Elvis used a guitar that didn't have his name written on the guitar neck which isn't the case here.