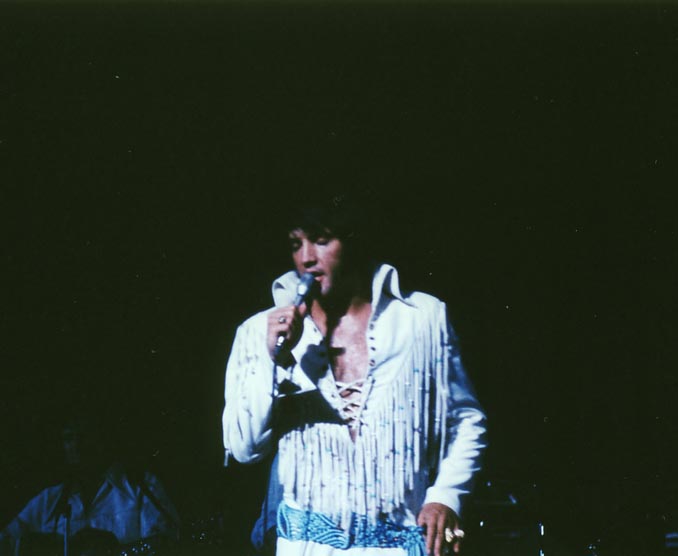 Miami,FL. September 12th 1970 matinee show. Elvis began his first tour since 1957 in Phoenix, AZ. on september 9th. On this tour, the male vocal quartet was the Hugh Jarrett Singers because the Imperials had a studio booking in Nashville. Hugh Jarrett was a former member of the Jordanaires. 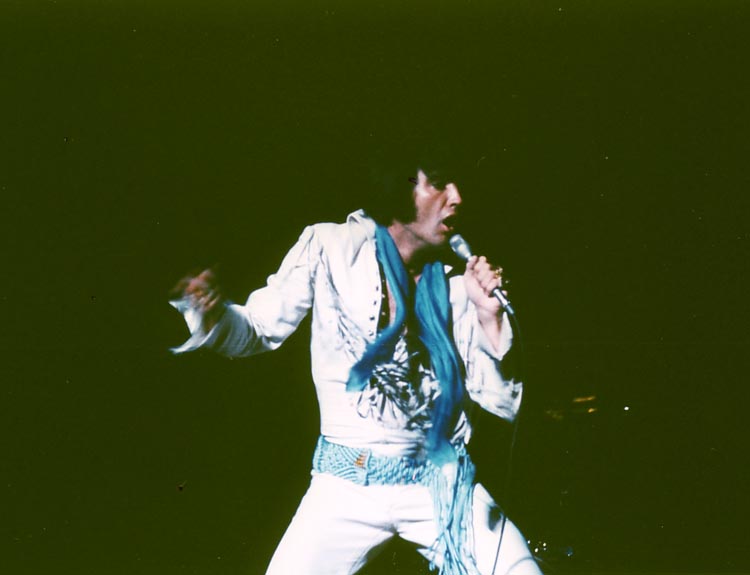 I already made another page with the " Fringe jumpsuit " but not with the belt shown above. During the November 1970 tour Elvis was mostly wearing this stage costume with the green belt of the " Thin Green Leaf " jumpsuit. 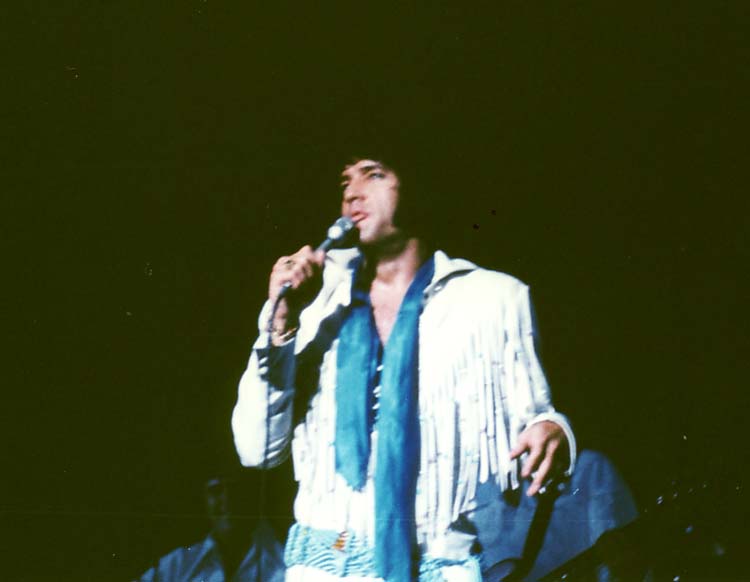 The deal for booking this tour with Concerts West was arranged with Colonel Parker during the previous January-February Las Vegas stand. The Colonel required Concerts West to pay Elvis one million dollars up front.