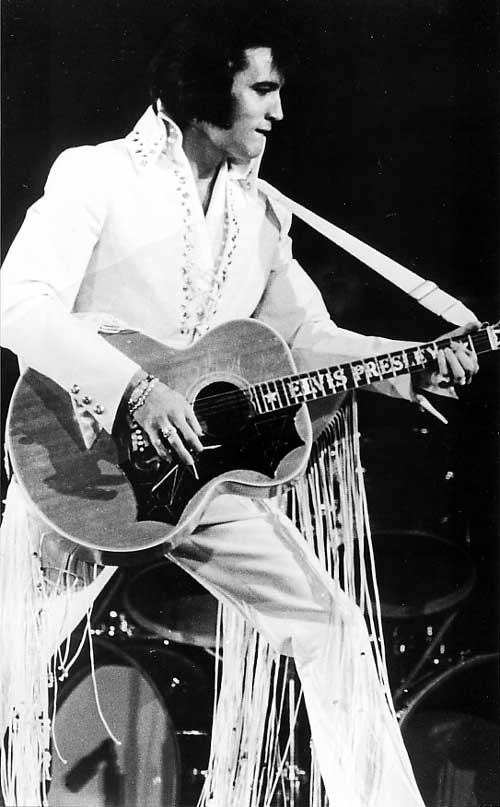 Los Angeles,CA. November 14th 1970 evening show. Elvis was certainly wearing that night of his most spectacular jumpsuit. However this outfit with long fringe dangling from the sleeves were constantly in his way. 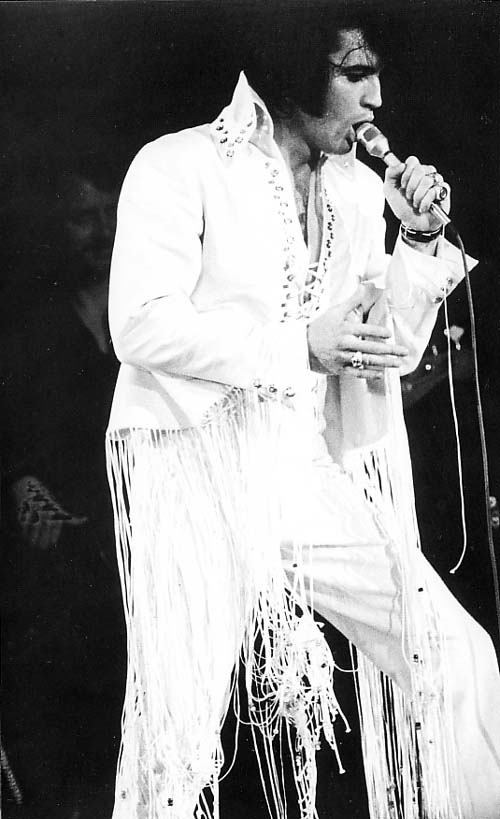 It was said that Elvis never wore this jumpsuit again after the show in LA, not quite since he also wore it in Las Vegas during the January/ February 1971 season. The fringes were cut off at knees' level. He talks about this jumpsuit on the CD " Snowbird " since he was wearing at that show ( January 29, 1971 ). 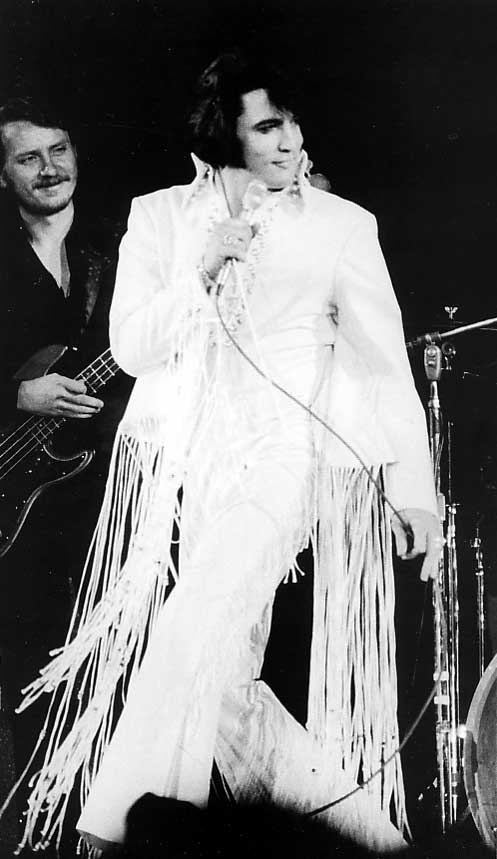 The Herald -Examiner reporter wrote " Vocally, El was dynamic, his deep, rich, powerful voice sounded magnificient. " He also mentioned Elvis was having difficulties with his jumpsuit.

( Note : The photographs on this page were taken from the book " Elvis -  Thank You Very Much " by Paul Lichter. This book contains a lot of pics from that show and most of them are really excellent. )