Here's what might be considered  a very rare shot from August 1970 since this fringe jumpsuit has fringes on both arms. Apparently this is the same jumpsuit as shown below but the picture above has been modified, in short the fringes were added as the original picture didn't have them in the first place. 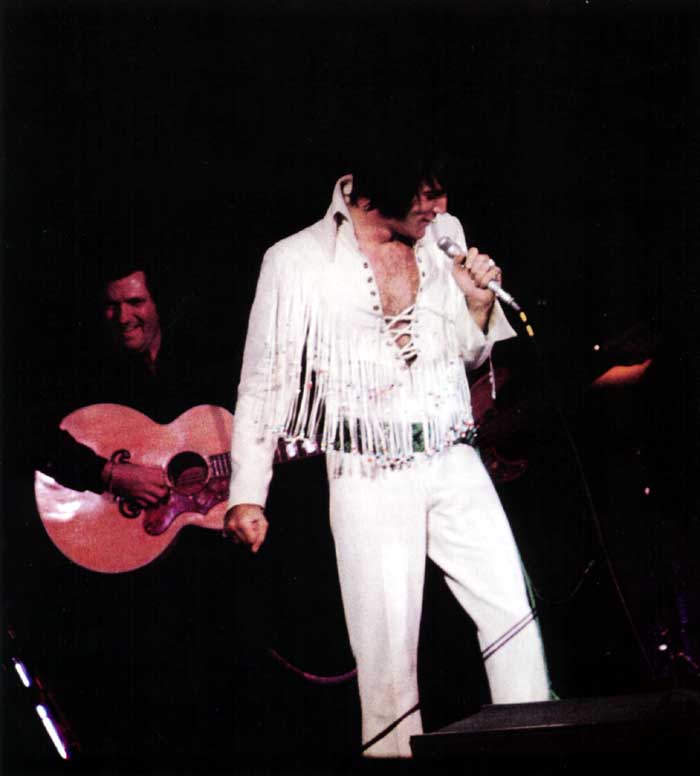 The above photo was taken with in Seattle,WA.  on November 12th 1970, the "Fringe suit" is the same as seen in the movie "That's The Way It Is" except he's using a green belt. 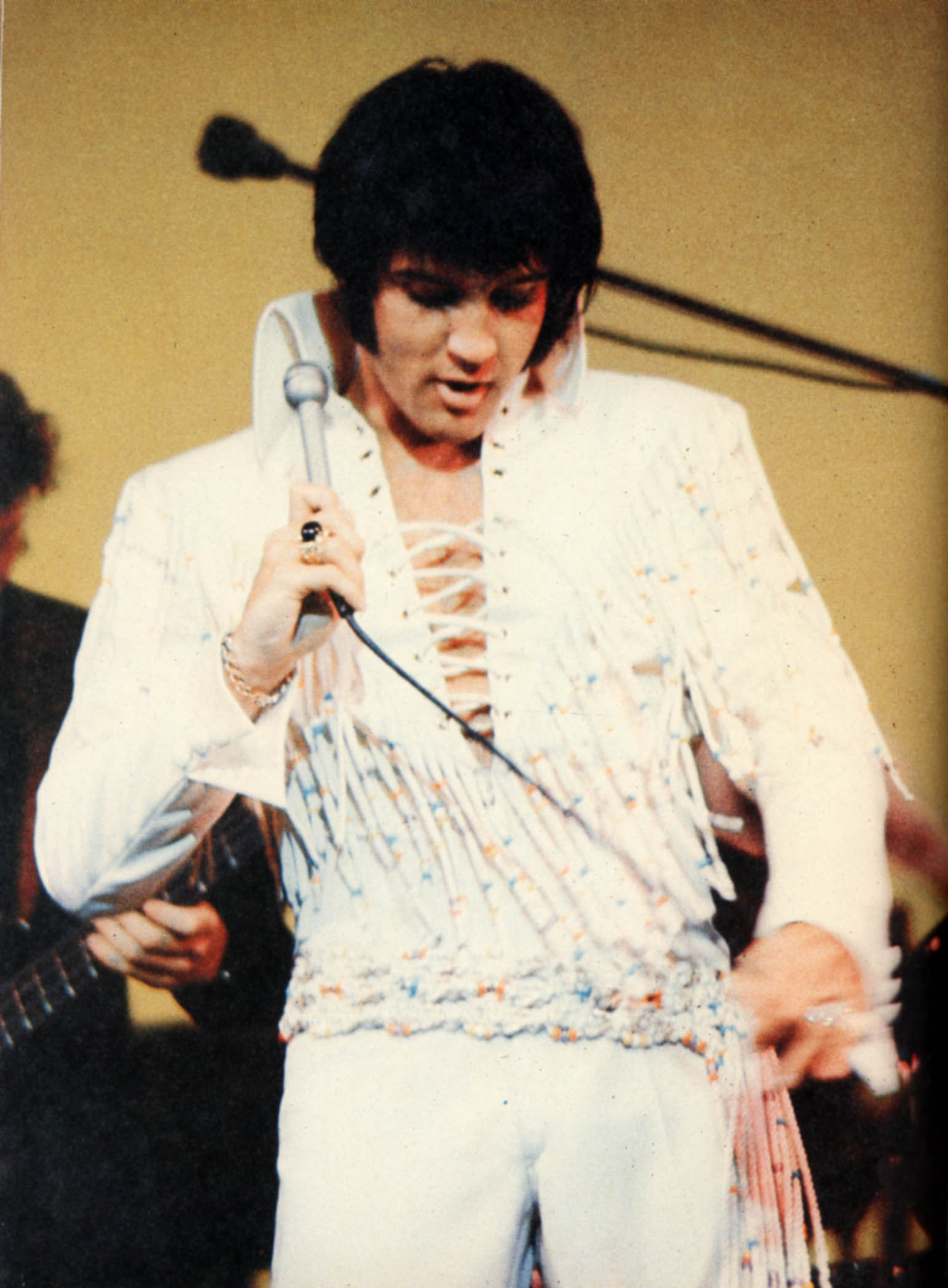 Here's a picture taken at the opening show of August 10th 1970 in Las Vegas, you can see it with the original belt. 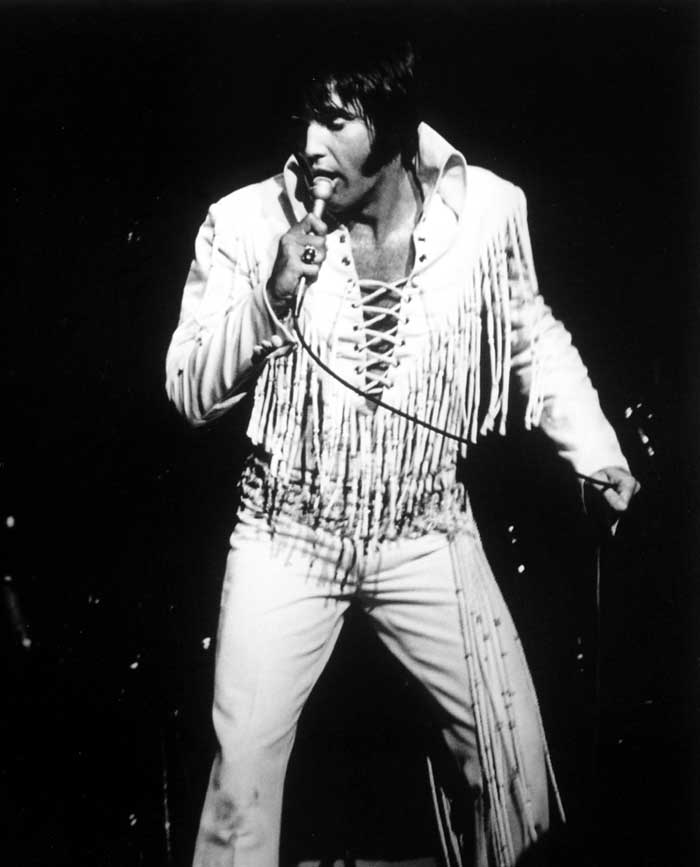