The above jumpsuit is very well known as it was featured on the front cover of the "On Stage" album,this is also the very first ever worn by Elvis as he used it on the opening show of January 26th 1970. The usual name for this jumpsuit is the " White Pearl ". 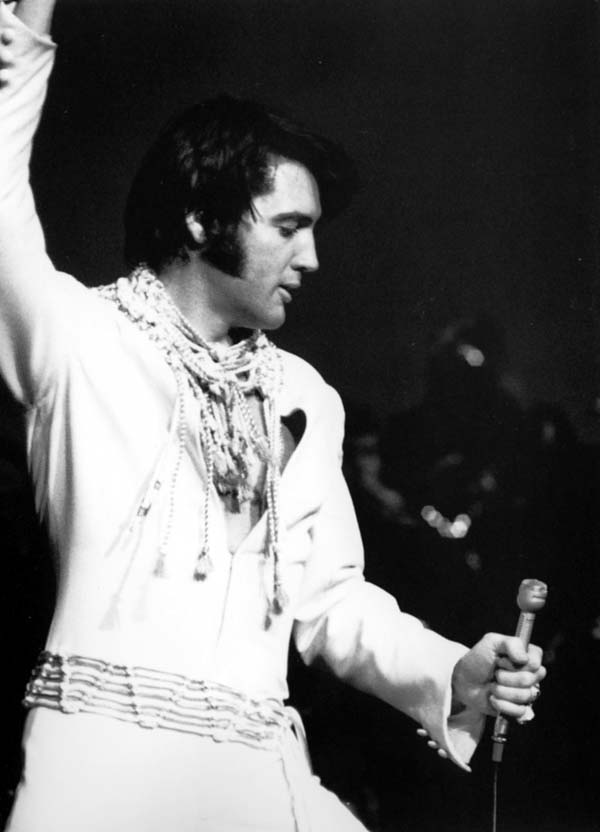 Elvis returned to Las Vegas for the second time in six months. The event was advertised as " Elvis Now ". During this engagement used for the first time the jumpsuit that is known as the " Red Ladder " and seen on the video " Lost Performances " and the more recent MGM release " That's The Way It Is - Special Edition ".