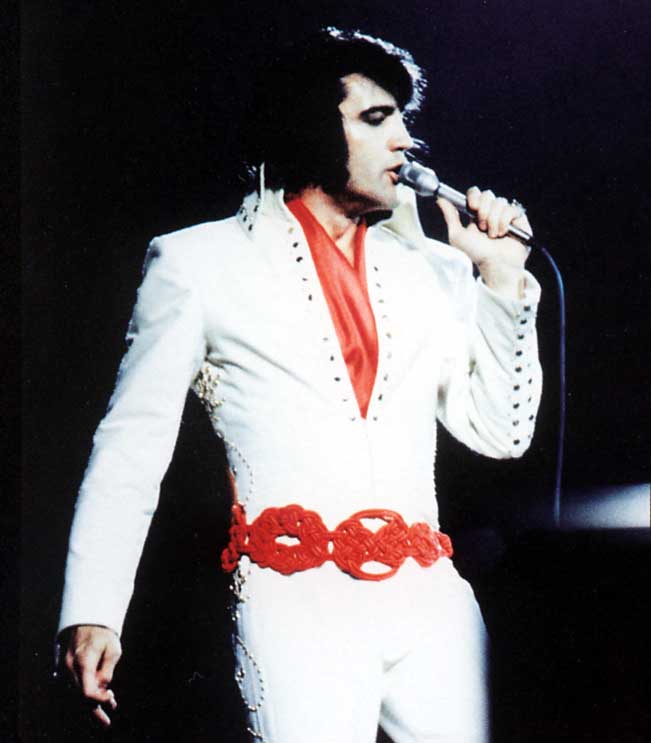 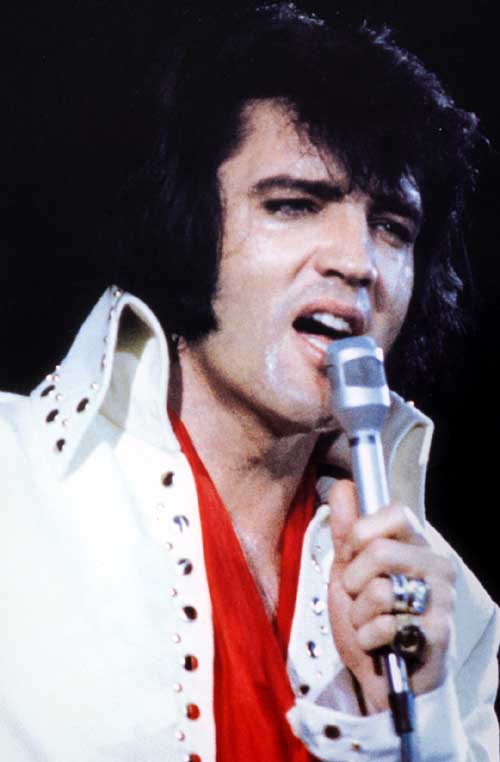 Los Angeles, CA. November 14th, 1970 matinee show. This jumpsuit is being known as the " I Got Lucky " jumpsuit, obviously he received that name after its appearance on the front cover of the Camden LP. This red belt used during the show and equally used with the " Chain Suit "( San Diego, CA. November 15th 1970 ) is not the original belt. 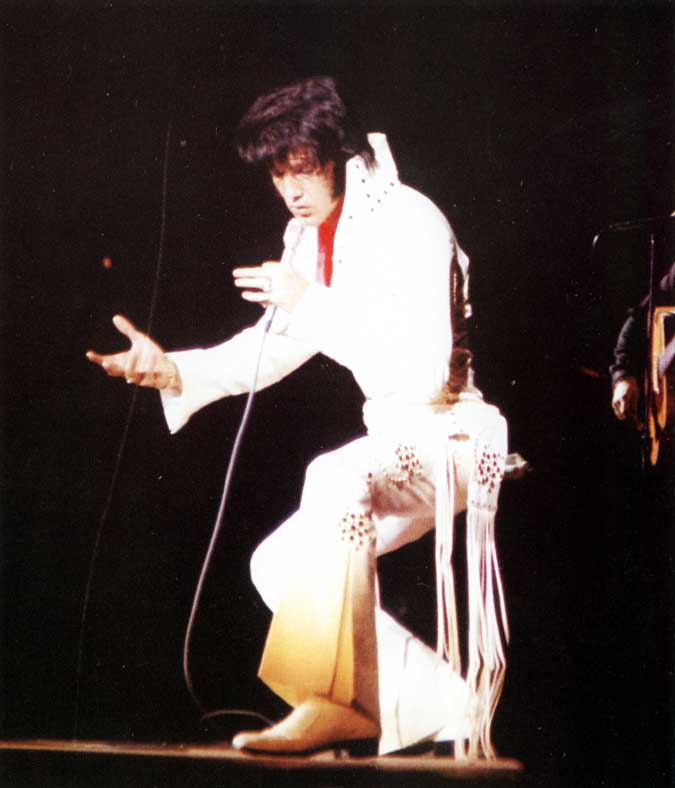 This jumpsuit has probably been worn at the August 1970 Vegas stand, however no photograhs have ever surfaced. You can see on the above pic this belt was specifically design for the " I Got Lucky " jumpsuit. The motif on the sides of the leg is also on the stage belt (look right above the fringes on the belt). 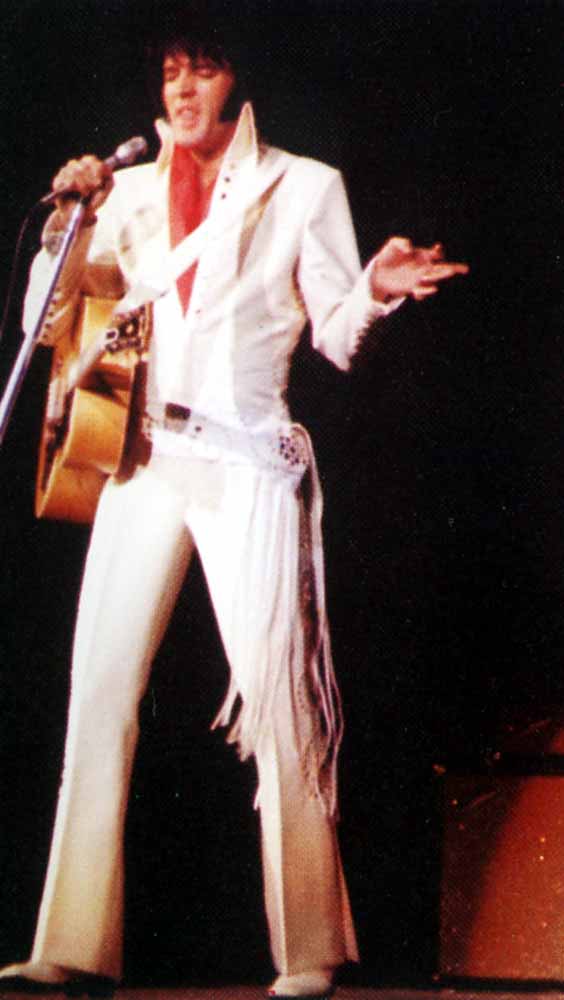 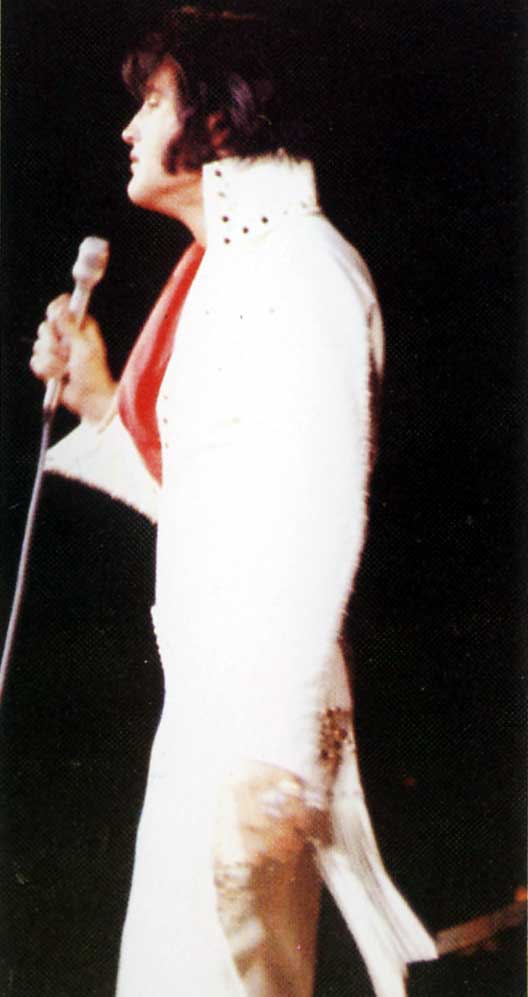 These photographs from Maria Columbus were taken at the opening show of the November 1970 tour in Oakland, CA. on the 10th. Some members of Creedence Clearwater Revival attended this show and Phillip Elwood of the San Francisco Examiner wrote " ...There has been nothing going on for 14 years that matches the 50 minutes he gives you in a show. "