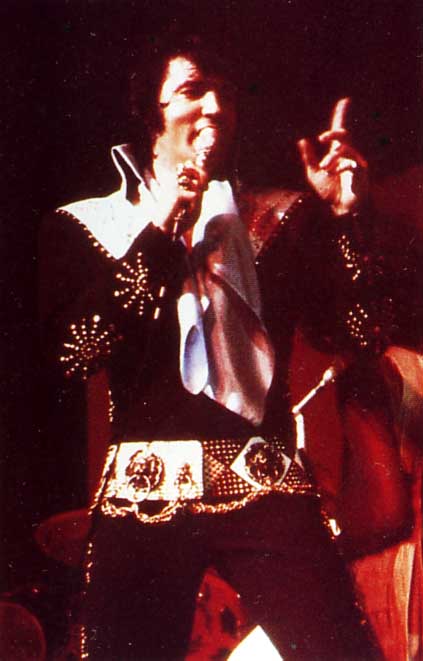 A fan wrote a show report several years ago and I quote " One member of the band told him he looked like the " Cisco Kid " and everyone broke up." Elvis started to use these  " Cisco Kid " jumpsuits during his shows at the Sahara Tahoe for a two weeks gig, from July 20th to August 2nd, right after he went to Vegas and started a month long engagement on August 9th 1971. All the photographs on this page were taken in Las Vegas, where Elvis continued to use these new jumpsuits and some 'old ones' as well. 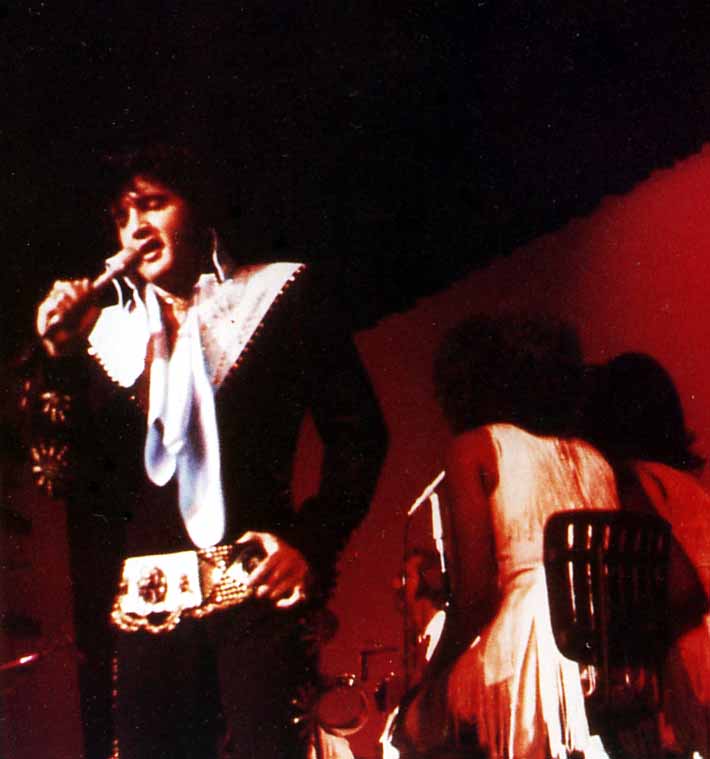 Elvis used mostly the two pieces Cisco Kid suits for the first two weeks of his engagement of August '71 in Vegas, and began to use more often their jumpsuit counterparts. The one illustrated on these two photos was Black with leather light-Blue yokes across the shoulders.The two photographs above were taken on September 5th 1971. I don't know whether this is the dinner or midnight show.