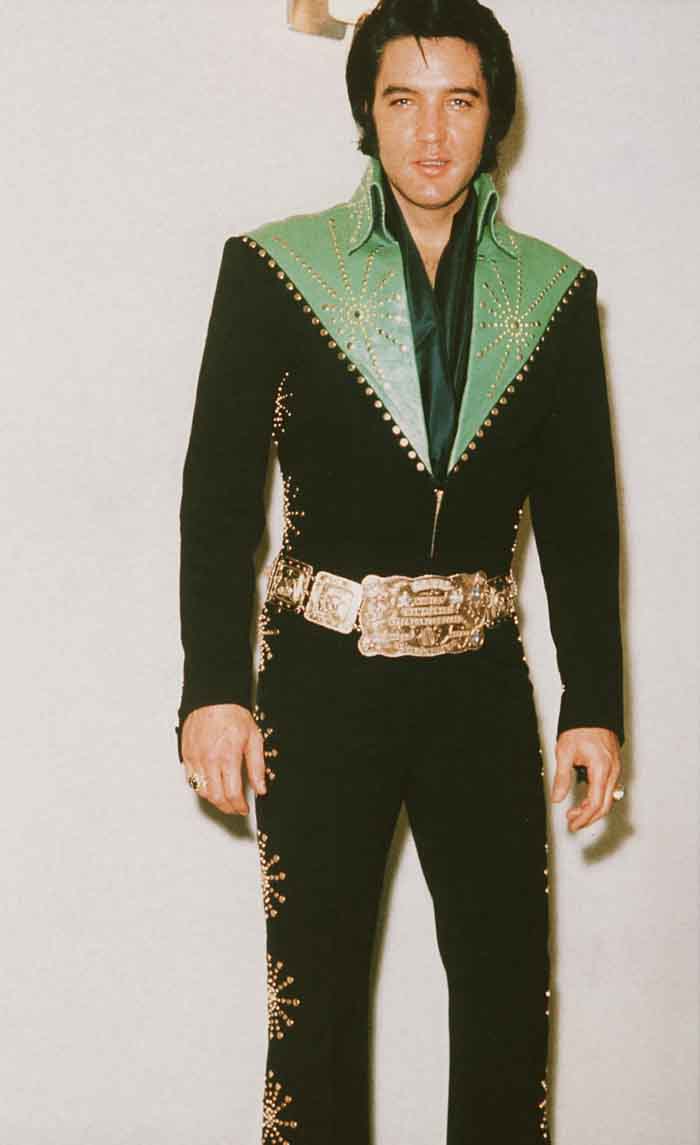 This is the black version with leather green yokes across the shoulders. On several photographs it looks more brownish than black. According to the literature this jumpsuit was used during the last weeks of his Vegas February '71 stand.The pictures on the " He Touched Me " album and the one below are most likely  from August 1971. It was in fact the same stage attire except that the yokes are red across the shoulders. 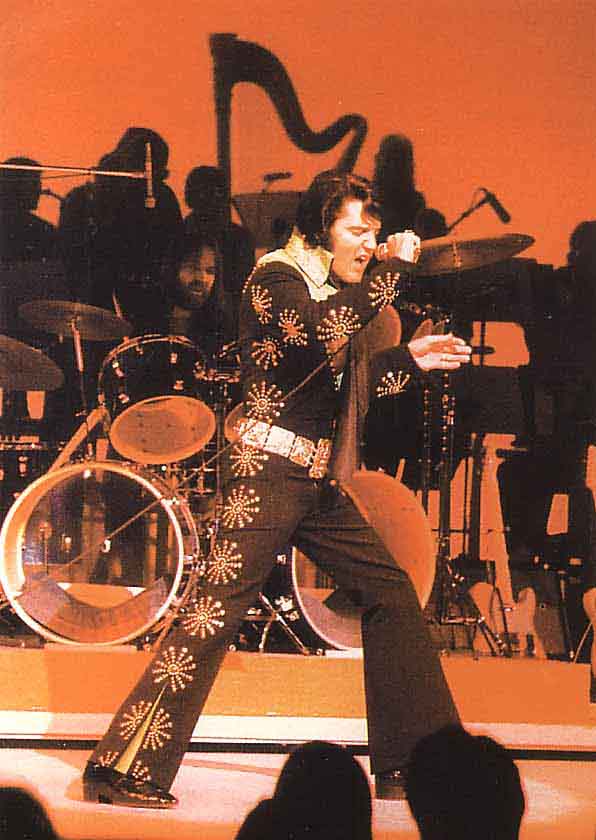 As he had done in February '71 and a few days before he closed, he refused to wear the " international gold belt " presented to him in August 1969 until all performances were guaranteed sell-outs. 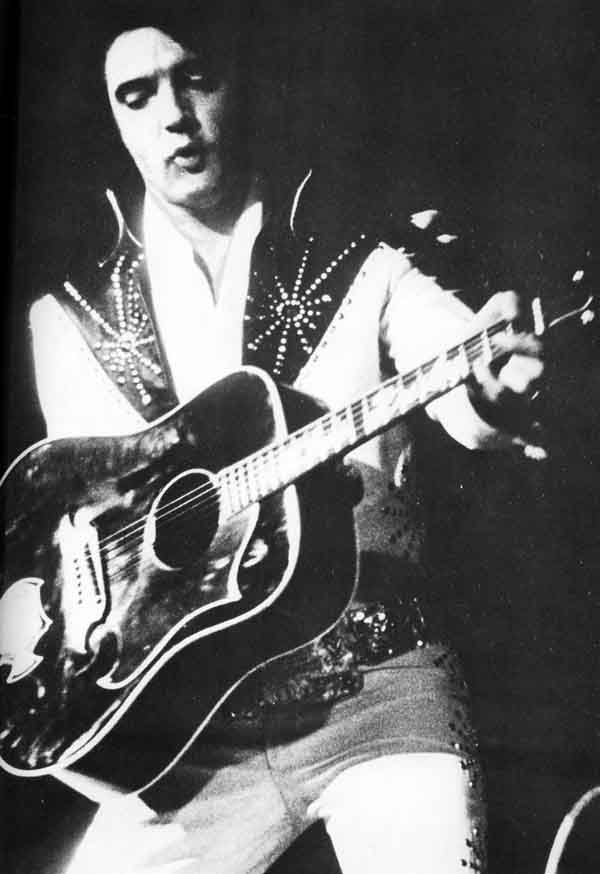 This is a white version with black yokes across the shoulders. The exact date is unknown but this is probably  from August '71 in Las Vegas. A fan also reported and I quote " Another humorous part of the show was the beginning of Loving Feeling. The lights were all turned out as Elvis began the song. As the lights came on, Elvis was wearing an ape mask which looked amazingly real and as he moved to the music it was very funny ." This was a show report from the previous Lake Tahoe gig, but still Elvis did it in Vegas and also in February 1971.