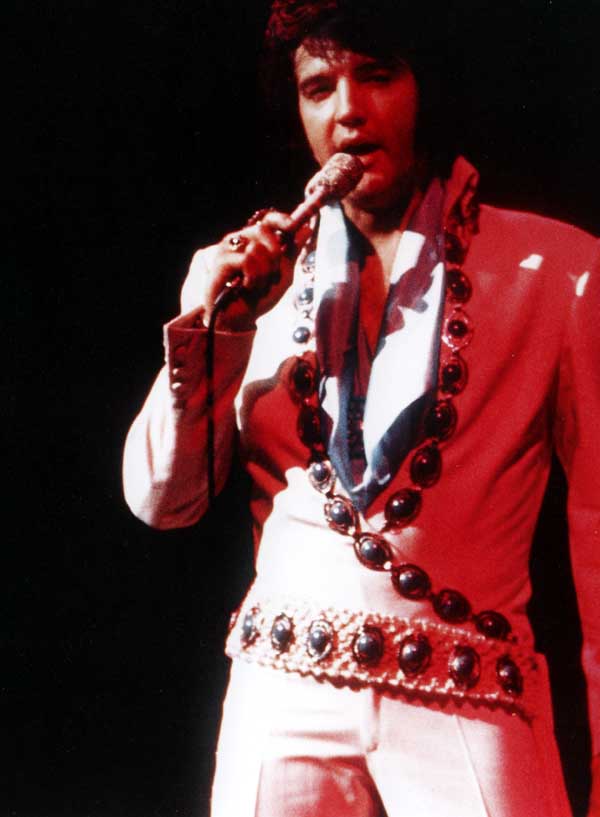 Las Vegas,Nevada February 1971. This jumpsuit was named after the LP " Elvis Now " because a photo with Elvis wearing it was featured on the front cover. This is during that Vegas stand that Elvis began to use the theme from the movie " 2001: A Space Odyssey " as an introduction to his concert, and became the opening of all his concerts until the very end in 1977. There was an exception though as the opening show of August 19th 1974 started with " Big Boss Man ", thus leaving out the 2001 theme. 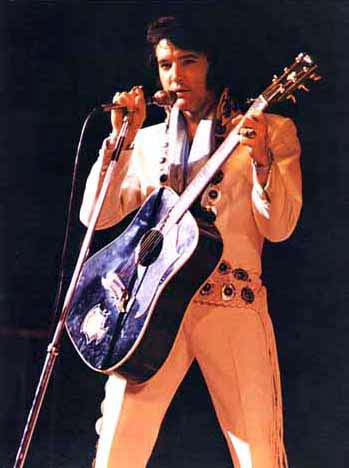 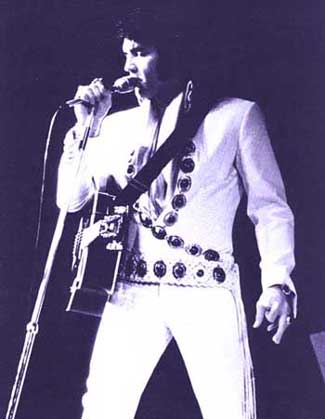 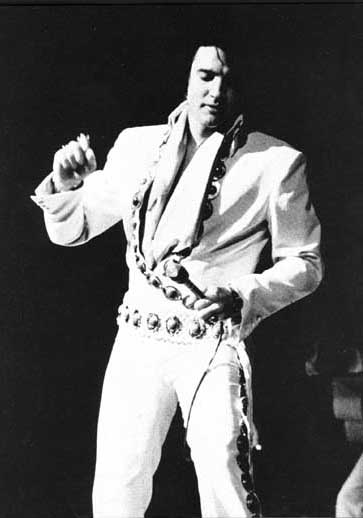 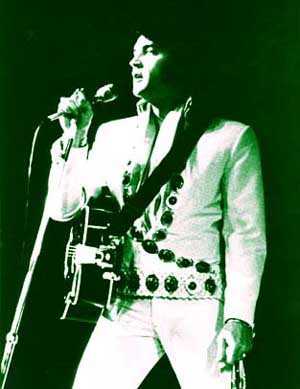