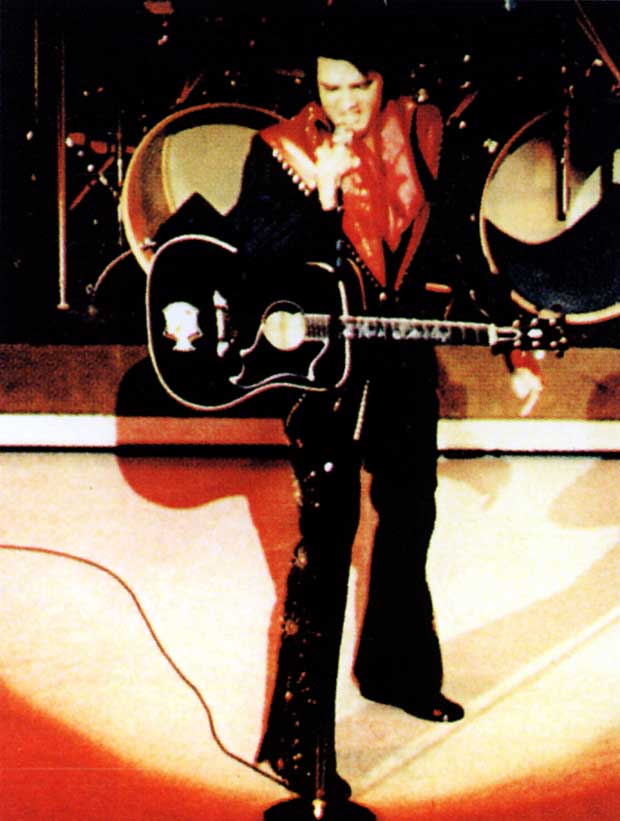 Elvis used mostly the two pieces Cisco Kid suits for the first two weeks of his engagement of August '71 in Vegas and used more often their one piece (jumpsuit) counterparts. All the photographs on this page were taken in Las Vegas but Elvis had them in Tahoe as well. 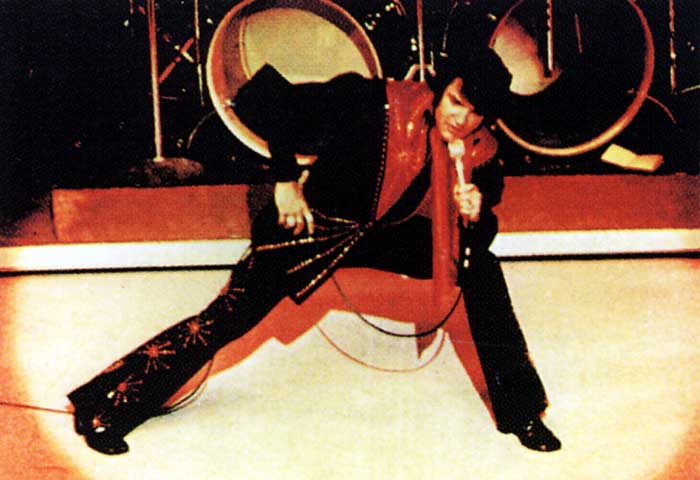 James Burton was reported as saying that Elvis rehearsed several new numbers for this season in Vegas. Other than " It's Impossible, the other regularly performed new song was " It's Over " and his last single " I'm Leavin' ". " He Touched Me " has been rehearsed  but it doesn't appear that he sang it during this Vegas stand. 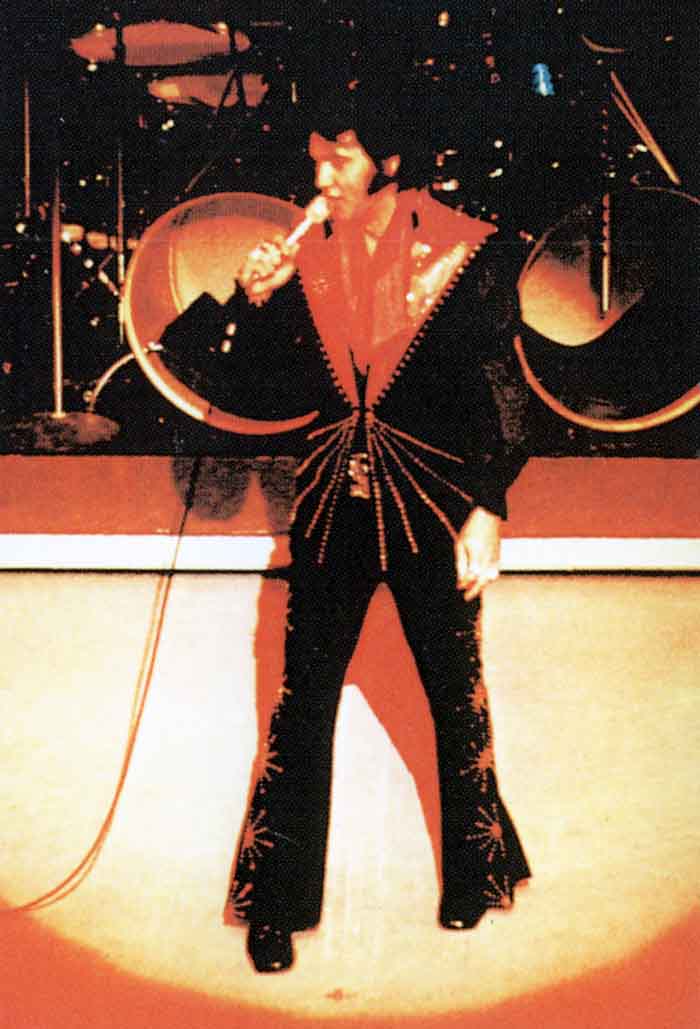 Elvis also used the above two piece stage outfit with a red shirt. The Cisco Kid outfits were never worn outside Las Vegas & Tahoe for a concert, which is rather strange since he had several different versions.

(Note : Sorry for the quality of the above photographs but these were the only ones I could find with this particular stage attire.)