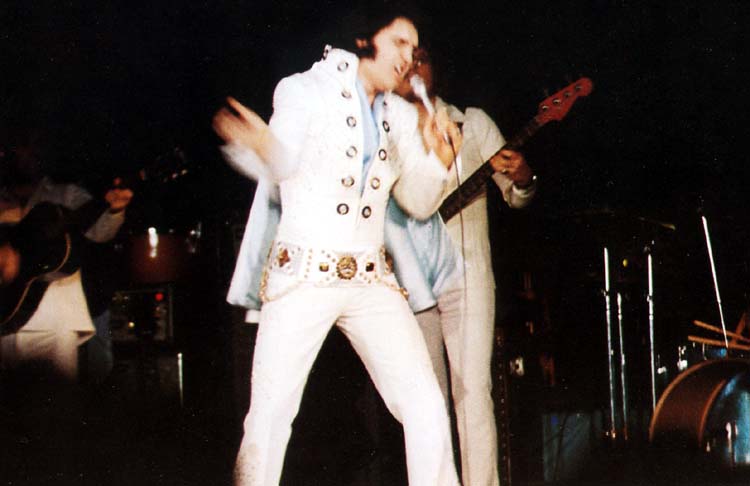 Louisville,KY. November 7th 1971, 2:30 pm. The November tour was the first and only one for 1971 as Elvis played only Vegas and Tahoe. This is equally the first tour where J.D.Sumner and The Stamps Quartet joined Elvis since the Imperials left after the last Vegas gig for problems related to wages. 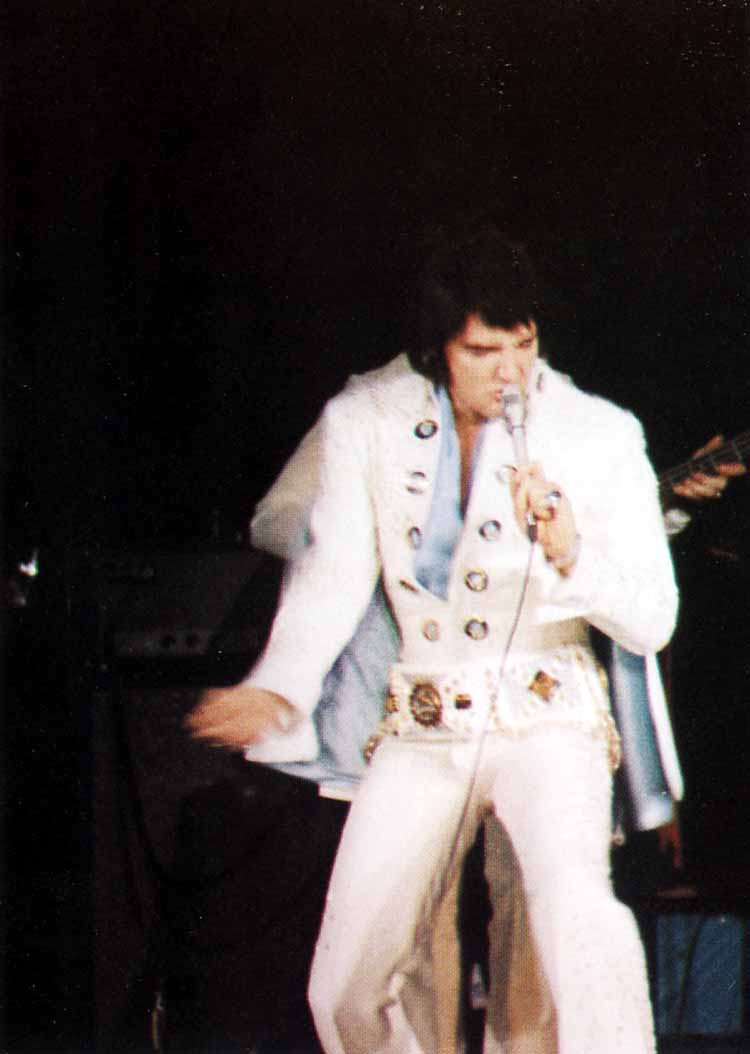 This was the first time that Elvis was wearing the "White Fireworks" jumpsuit on tour,however it has been worn by Elvis at the August Vegas season. The belt shown on these photos is the one that was designed for that jumpsuit,yet Elvis used it in 1972 with various jumpsuits such as : The "Blue Nail" (Hampton Rds sequences in Elvis On Tour) and the "Tiffany" jumpsuit during the November 1972 tour ( Honolulu Nov. 18th 1972 evening show).

A black version of that suit was also worn by Elvis during the same tour and also in Las Vegas.