The photograph above was taken in August 1972 in Las Vegas. Elvis had several new stage attires for that Vegas season, most of them were two pieces suit with shirts of different colors. He had similar ones during the January-February 1972 Vegas Season. 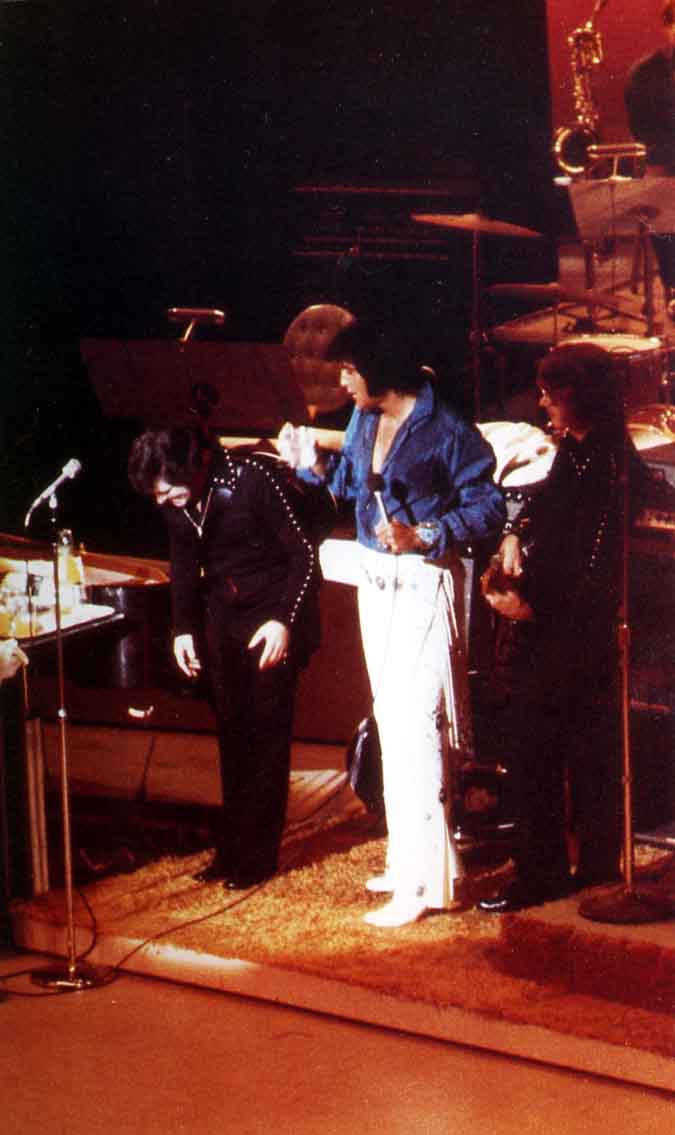 Some songs were performed for the first time during the August '72 Vegas season, titles like ; Fever, My Way and What Now My Love, on some occasions Elvis also sung " My Babe ", " How Great Thou Art " and " The Wonder Of You ".