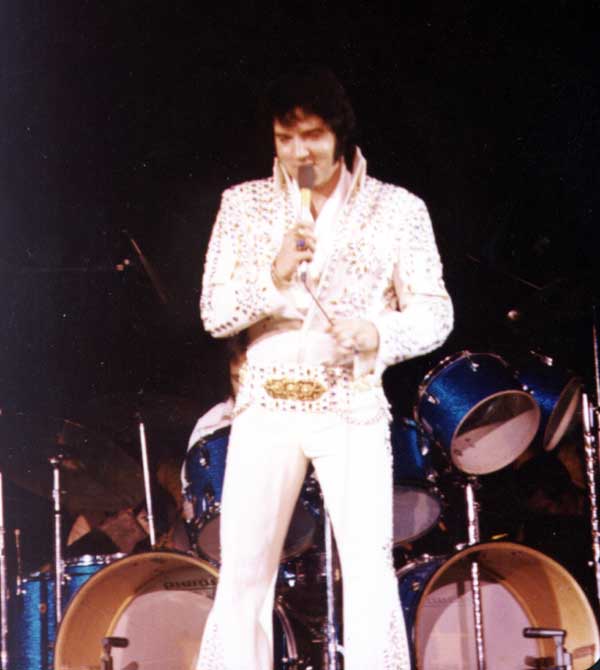 San Diego,CA. April 26th 1973.The "Snowflakes jumpsuit" was seldom worn on tour and used more often in Vegas in 1973 (especially in February).Other photographs and details from that tour can be found within this section (Spokane & Seattle). 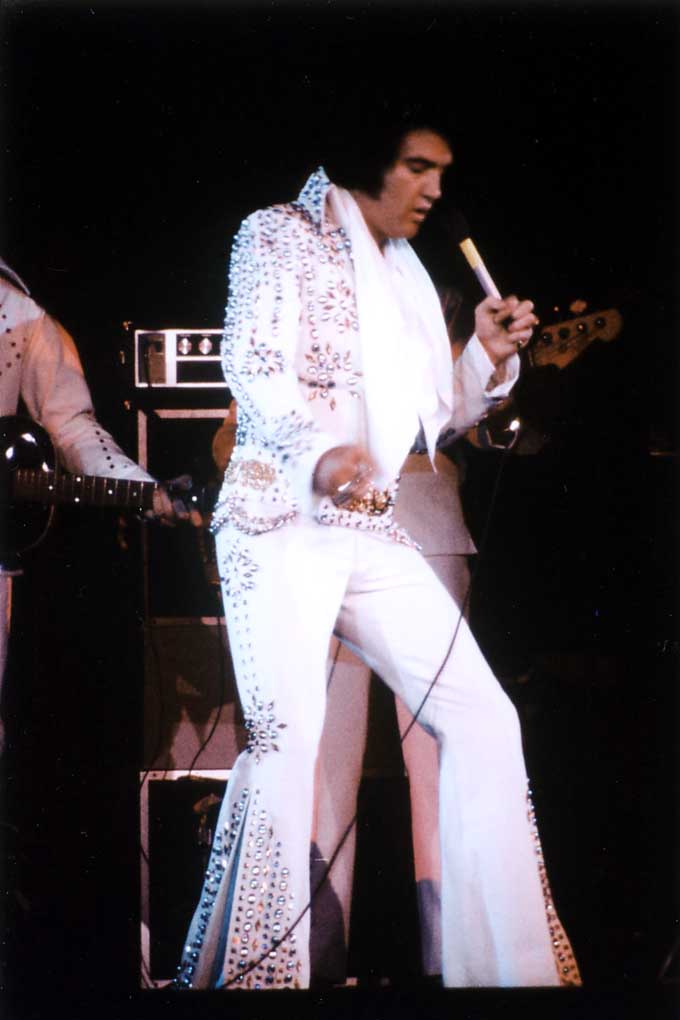 Uniondale,NY. June 23th 1973 matinee show.The June ' 73 tour was reporterdly better than the previous one and according to some shows heard on tapes it appears to be a correct statement.You can find other pictures from this tour in this section : Uniondale (previous day),St-Louis and Atlanta.