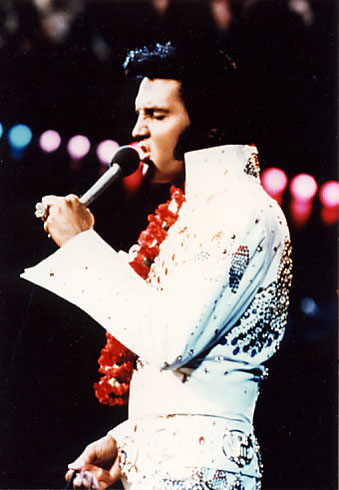 Honolulu, Hawaii January 14, 1973. This is certainly one of the most known Elvis' jumpsuit. Elvis wore it for the very time at the full dress rehearsal on the 12th, however on the 14th Elvis tossed his belt in the last part of the show and the cape as well while ending " Can't Help Falling In Love " . Elvis also wore the " Aloha Eagle " jumpsuit in 1974. 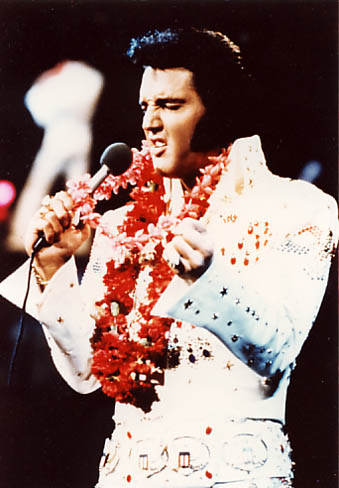 Elvis flew from L.A. to Honolulu on January 9 and took a chartered helicopter to the Hilton's Hawaiian Village Hotel, where his landing was filmed. Elvis returned to Los Angeles on January 15.