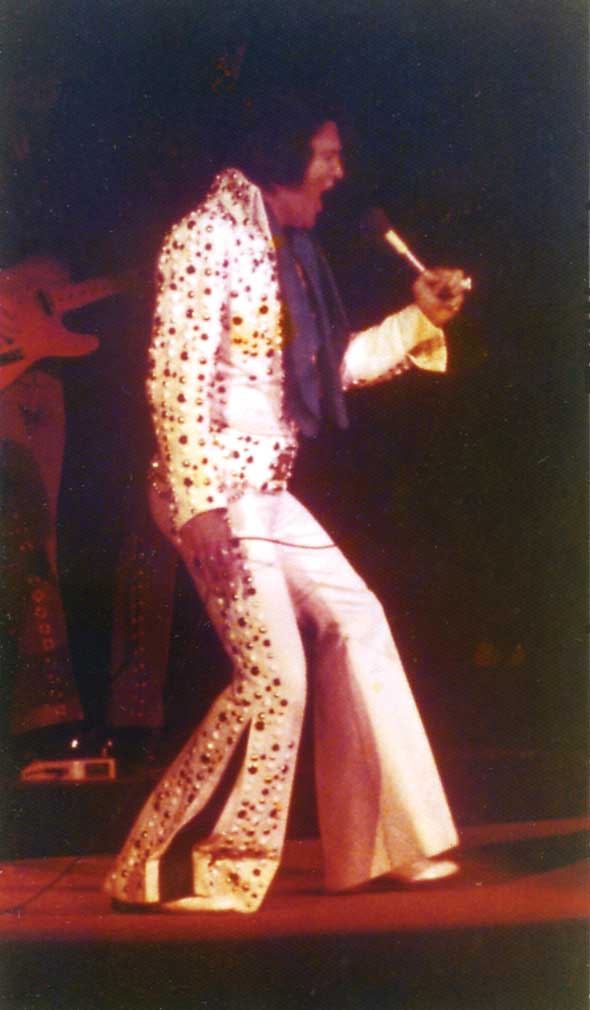 Nashville,TN. July 1st 1973. Photographs with the " Nashville jumpsuit " are relatively rare. It was first worn during the January / February '73 Vegas season and most likely in Lake Tahoe the same year. 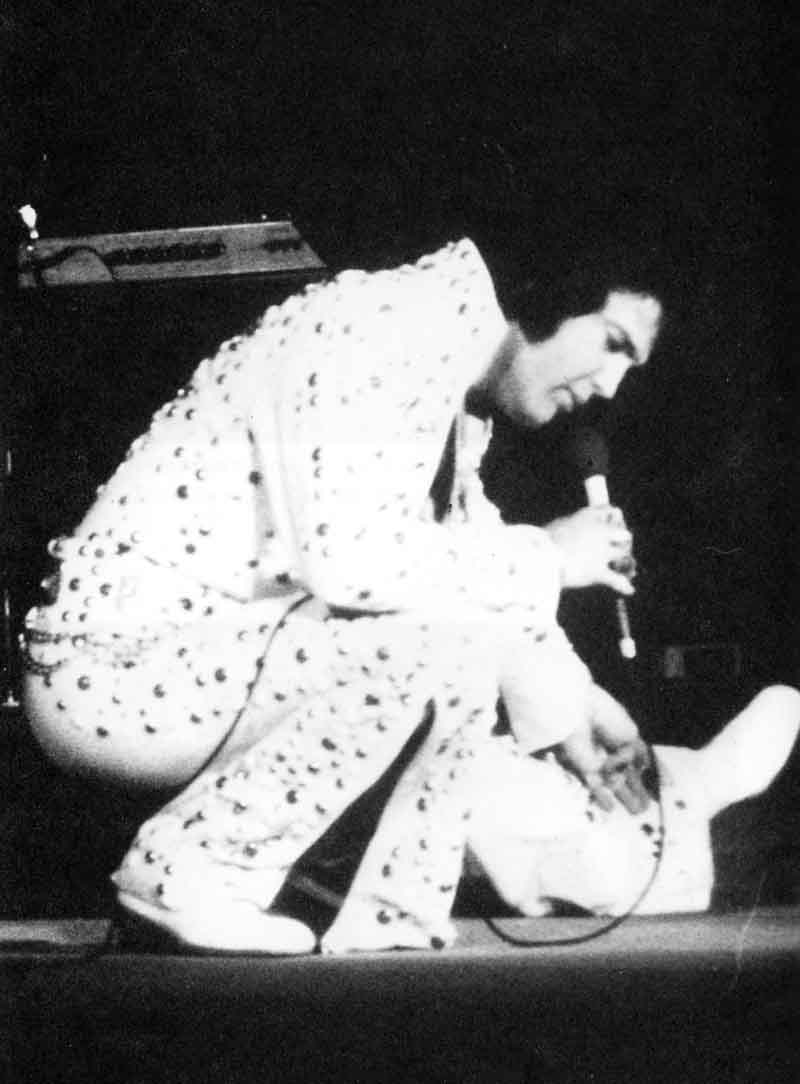 This jumpsuit is often wrongly identified as the " White Spanish Flowers " jumpsuit, in fact the latter suit is different in design. The above jumpsuit was worn by Elvis only at a few shows during that June 1973 tour and seldom worn also in the forthcoming Vegas season. You can to see the difference here!!??? 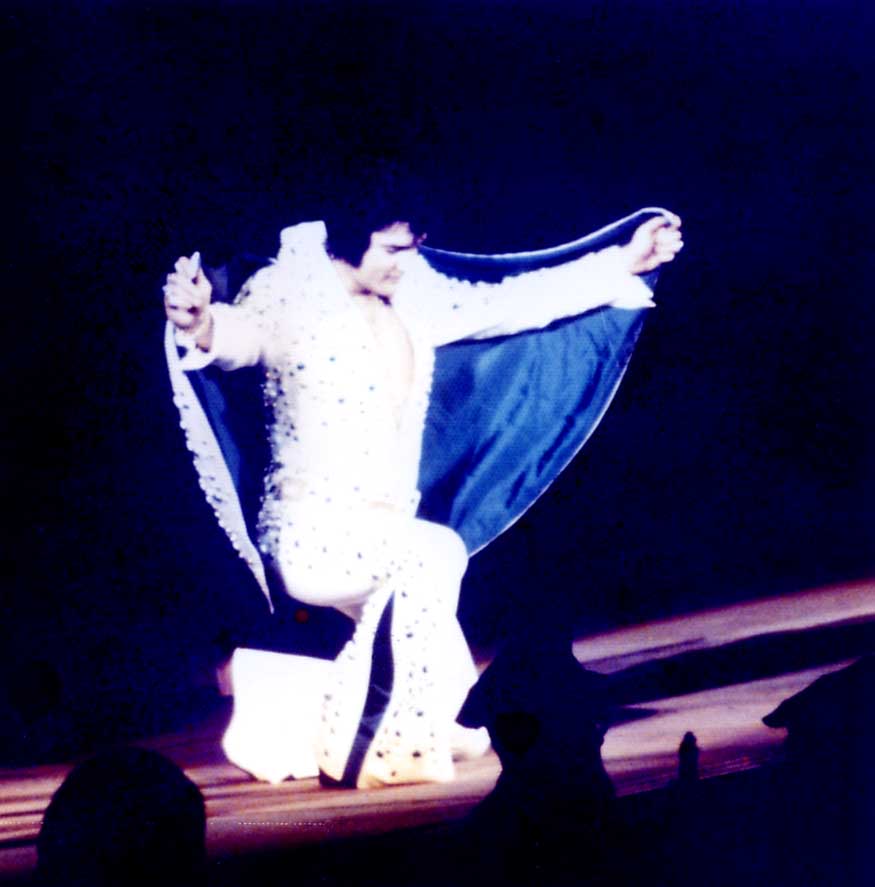