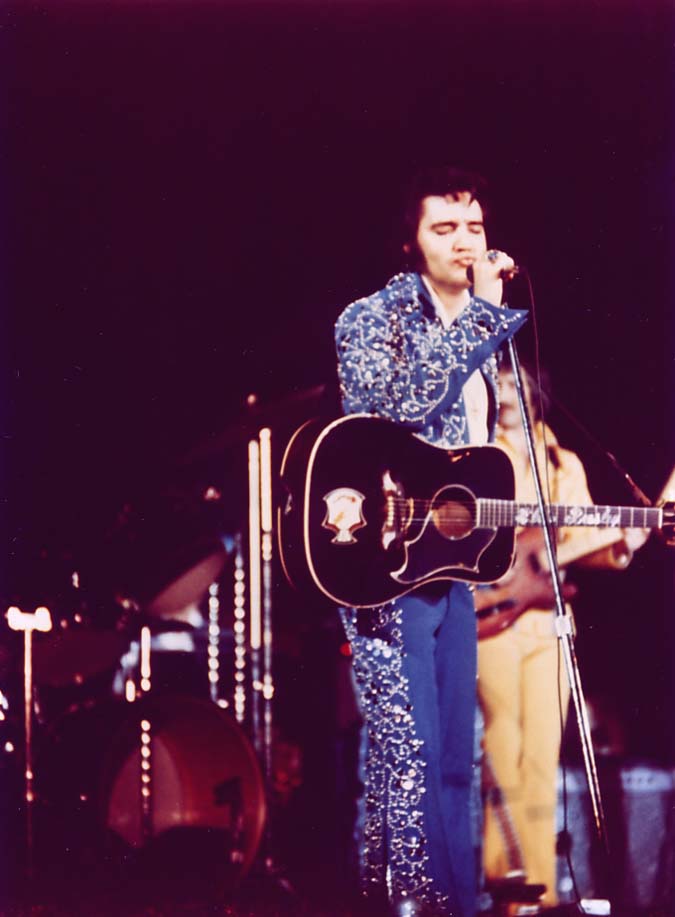 Seattle, WA. April 29th 1973 matinee show. During that show Elvis told to the crowd that he came in Seattle for the filming of " It's Happened At The World's Fair " 11 years earlier. Here you'll find photographs taken the previous day in Spokane. 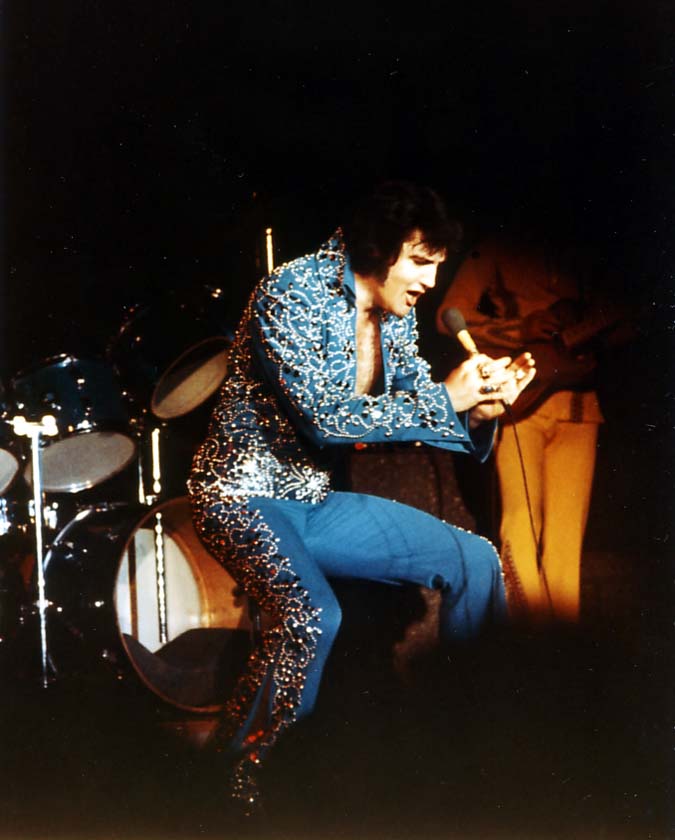 When Elvis wore that " Blue Swirl jumpsuit " in 1973, he used a 'regular stage belt' when compared to the Blue Macrame belt from August 1972. 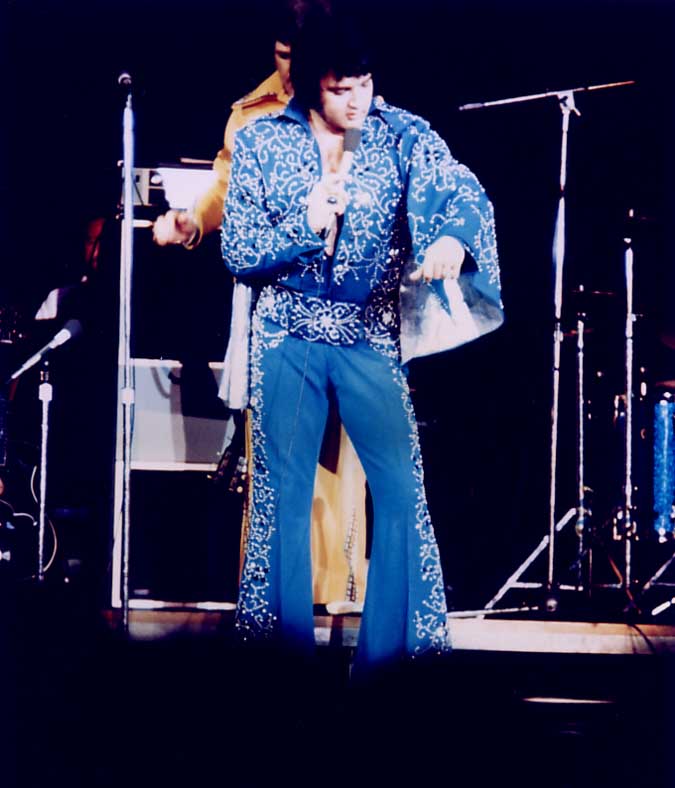 This is in late '72 that Elvis was no longer wearing a cape during his entrance. The cape were donned only for his exit and the " Alternate Aloha Concert " is a good example of this. Elvis entered the stage without the cape and Charlie Hodge put it on Elvis' shoulder a few seconds before the musical intro of " Can't Help Falling In Love ".