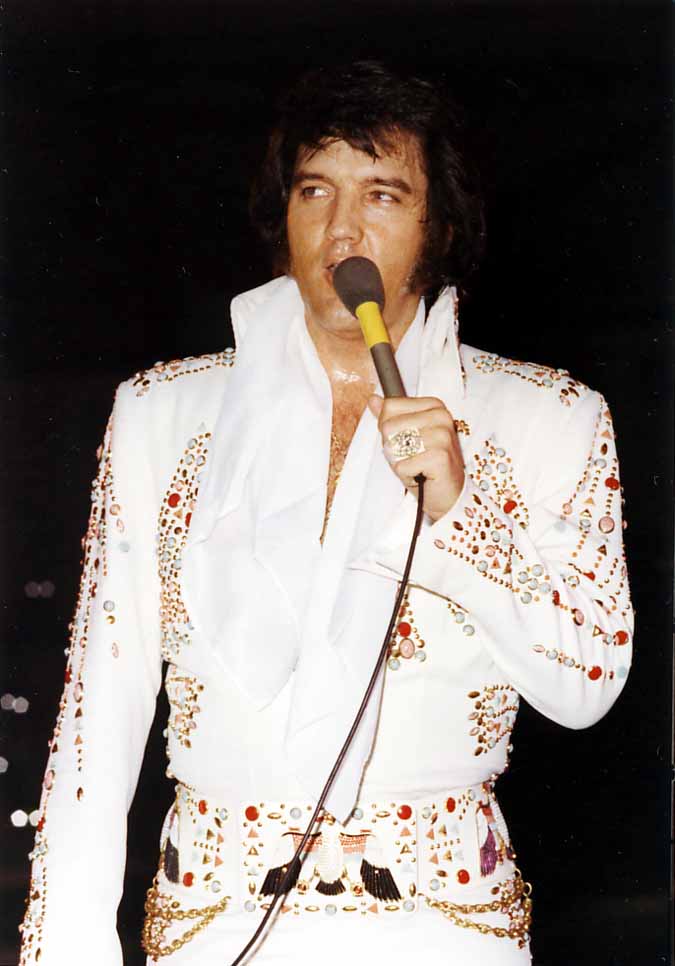 Atlanta, GA. June 30th 1973 matinee show. During that second tour of 1973 Elvis has performed five times at the Atlanta Omni, one early in the tour and the last four near the end, including the closing show on July 3rd.

Some of the songs performed during this matinee performance were : Help Me Make It Through The Night, I'm Leavin', Something, How Great Thou Art, Steamroller Blues and Fever. 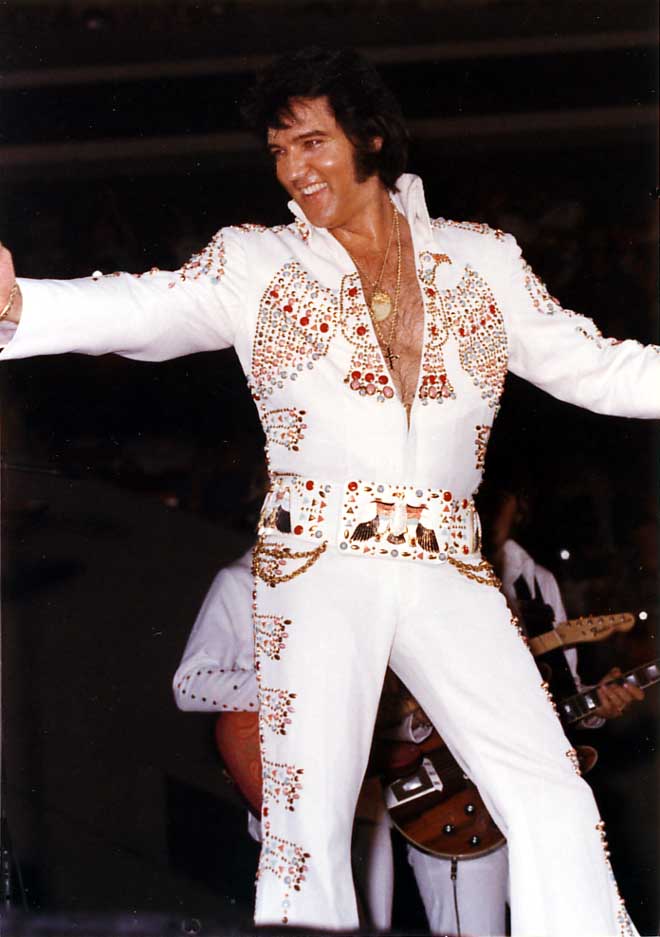 Elvis is wearing here the " Thunderbird jumpsuit " (aka " Phoenix Jumpsuit ") with its original belt. This latter suit was regularly worn in 1973 whether it was in Vegas, Tahoe or on tour. The " Thunderbird suit " was designed in 1972 and used for the first time during the November 1972 tour, a different belt was used then.