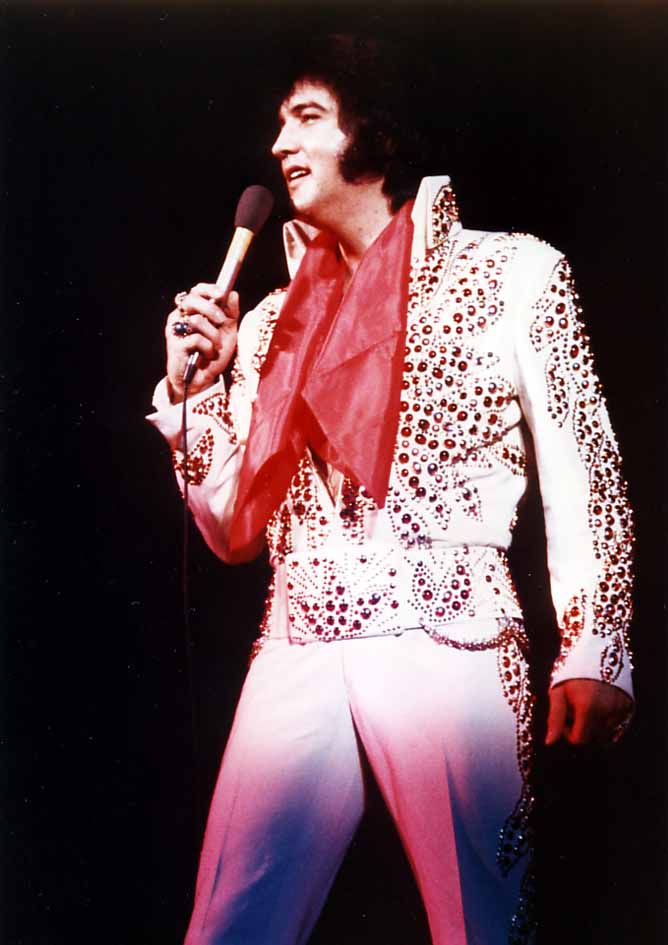 Spokane, WA. April 28th 1973 matinee show. There were only two tours for Elvis in 1973, this one was the first and the following cities were part of it: Phoenix (2shows), Anaheim (2 shows), Fresno (2 shows), San Diego, Portland, Spokane (2 shows), Seattle (2 shows) and Denver. Here you'll find photographs taken the following day in Seattle.This jumpsuit became known as the " Red Flower jumpsuit " and was first worn during the previous Las Vegas gig. 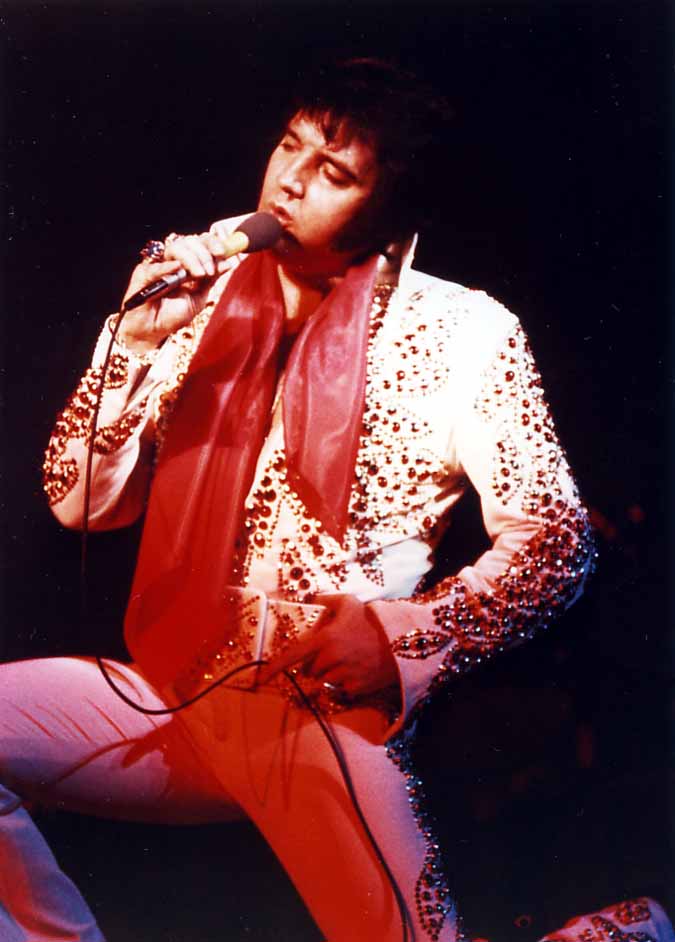 A reporter of the Spokesman Review wrote " It was difficult to determine which one was more entertaining, Elvis or the audience's reaction to Elvis. The rock idol would nonchalantly twitch a leg, then would come the screams and finally the audience's laughter to the screams ". 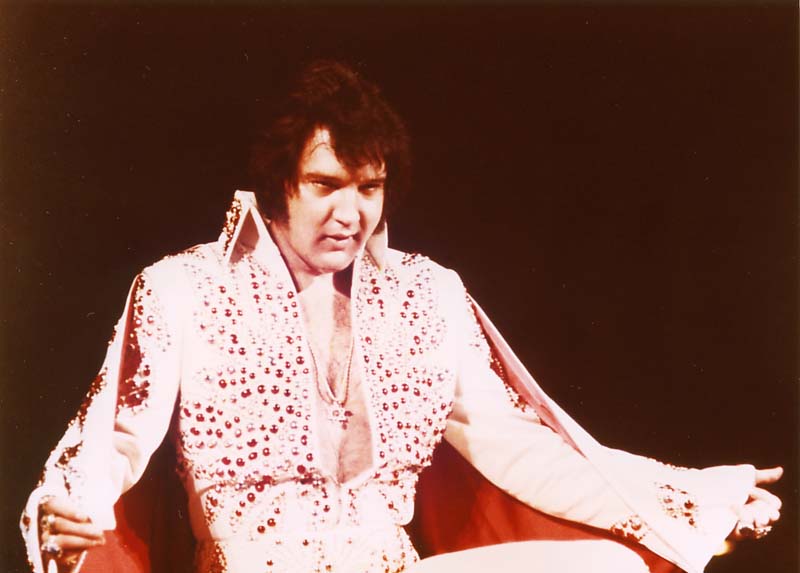 Some of the songs performed at this matinee Spokane concert were: Steamroller Blues, You Don't Have To Say You Love Me, Heartbreak Hotel, Johnny B. Goode, Long Tall Sally / Whole Lotta Shakin' Goin' On, I'm Leavin', I'll Remember You, Fever, A Big Hunk Of Love and several others.