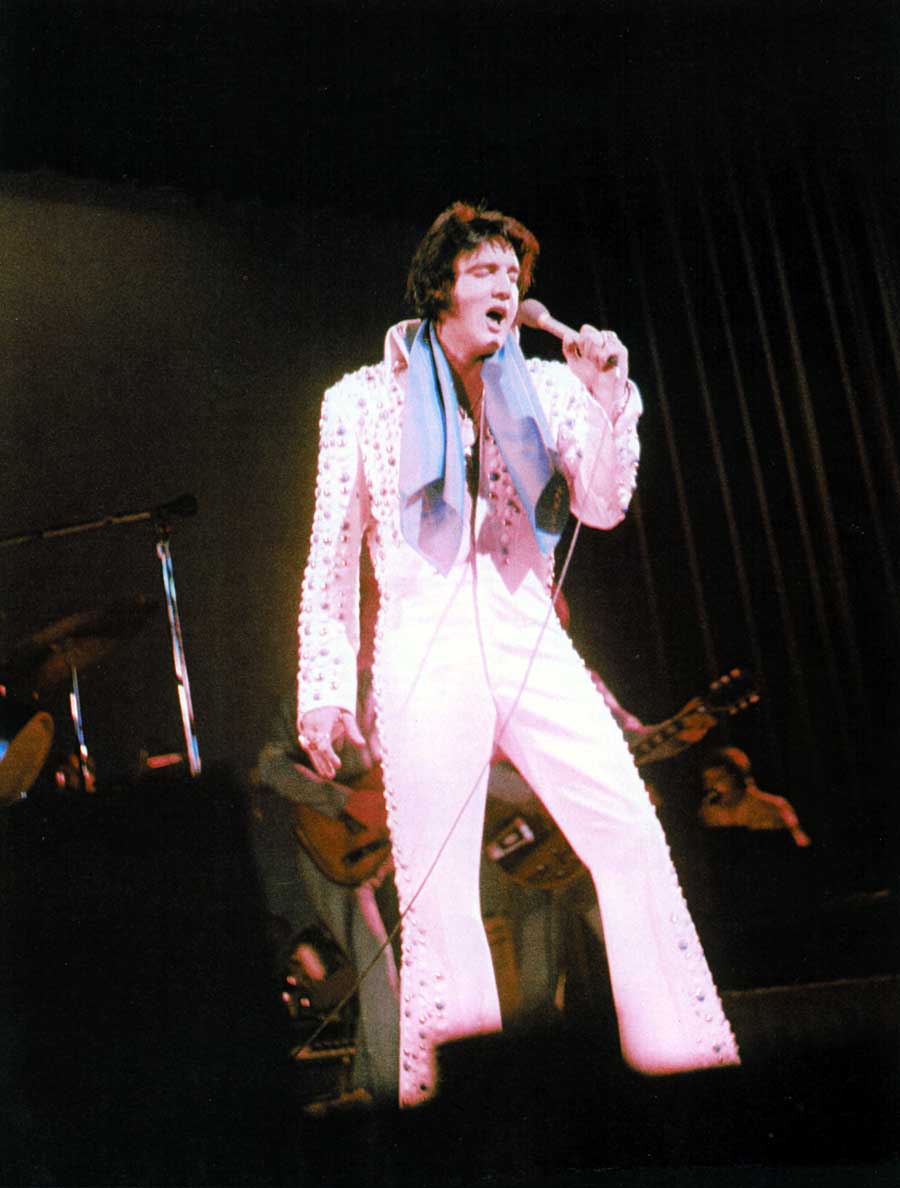 Las Vegas,NV. February 1973. During his many shows in Vegas throughout the years Elvis had a wide variety of jumpsuits that were designed for him by Bill Belew. Some are pretty well known and seen numerous times while others were 'one day suit' or seldom worn.The one above is quite rare, most of the stones on it are white while the larger stones being of blue color. 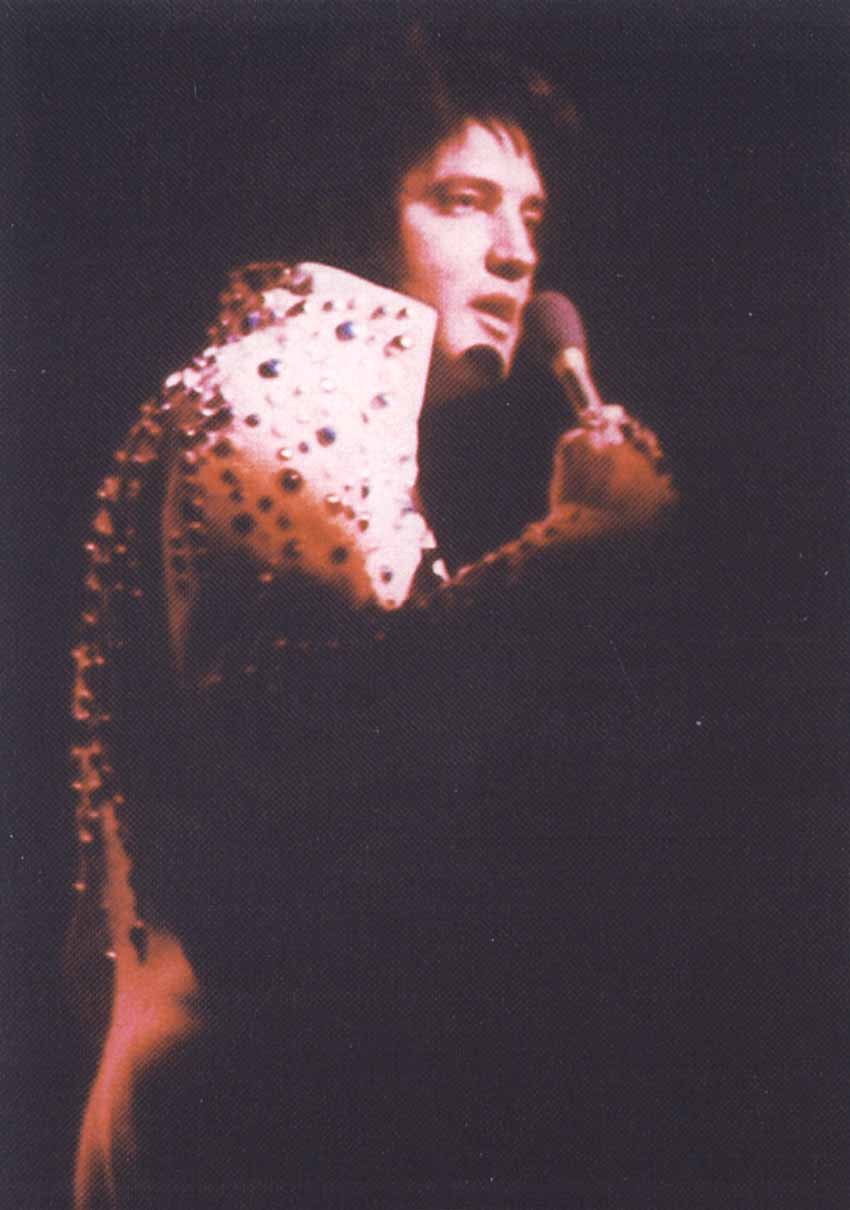 Elvis had certainly a belt designed with this jumpsuit but in June 1972 (occasionally) he started to take the belt off early into the show. Most of the times he wasn't using it for the rest of the show. This new fashion so-to-speak was frequent during the first 1973 Vegas season.