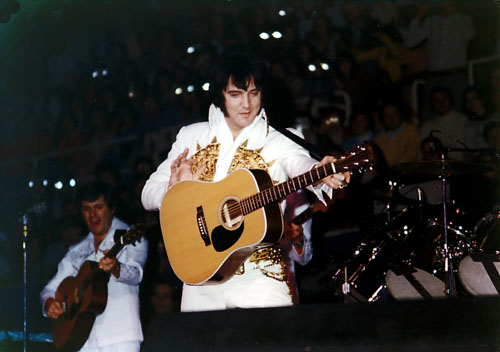 Charlotte, NC. February 20th 1977. It was the second time in 1977 that Elvis was wearing the " Sundial jumpsuit ", the first time being a few days earlier in Savanah, GA. since October 1974. 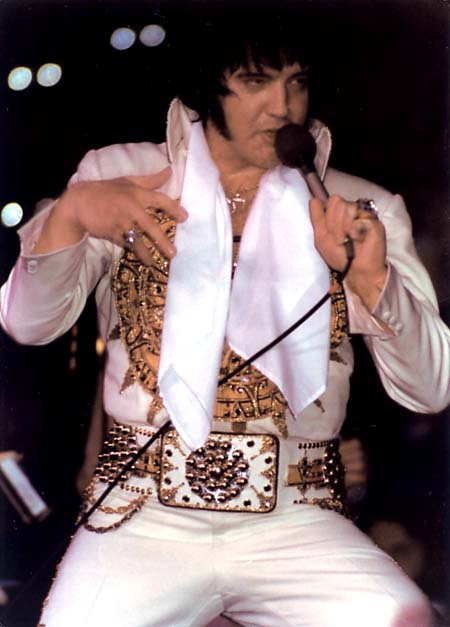 Elvis performed "How Great Thou Art " only once during that tour and it happened at this concert. For the first time Elvis attempted to sing his latest single " Moody Blue ". He needed the lyrics from a sheet of paper handed out to him by Charlie Hodge, however this was totally unrehearsed and the musicians didn't know the song. After a few false starts  that was the end of it. The musicians rehearsed their parts between both shows and finally got it right on the 21st. 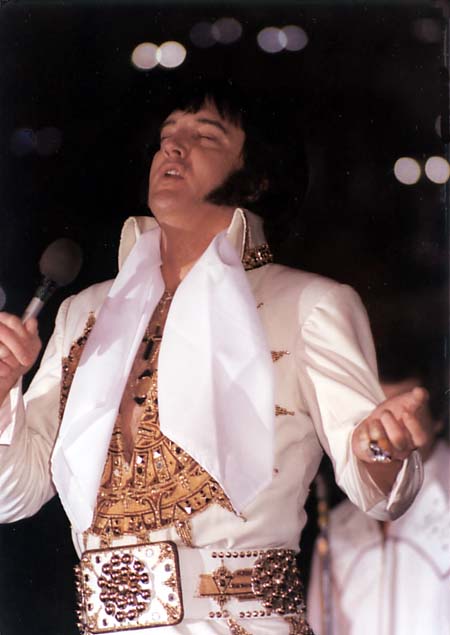 While at the piano later in the show  Elvis sang one line of " My Wish Came True " then made a false start on " Unchained Melody ". Before his second attempt he said " We are recording this live "and then proceed to play the opening notes of the latter title.

More pictures and comments on this concert can be found in the Concert Reviews section.