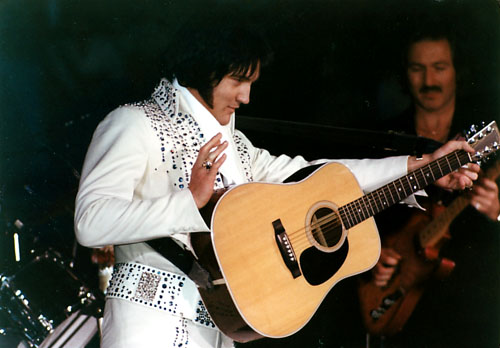 Montgomery, Al. February 16th 1977.  During the first tour of 1977 Elvis wore twice the " Rainfall jumpsuit " aka " First Pontiac jumpsuit ", the first time being at the West Palm Beach, Fla. concert three days earlier. This jumpsuit was first worn during the December 1975 Vegas season. 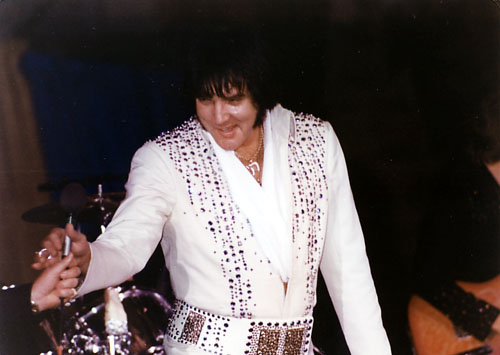 Elvis was in an excellent mood and after someone threw a flashy  red silk suits on stage, he put it in front of him and then went to see Kathy Westmoreland while the musicians were playing a strip-tease music. 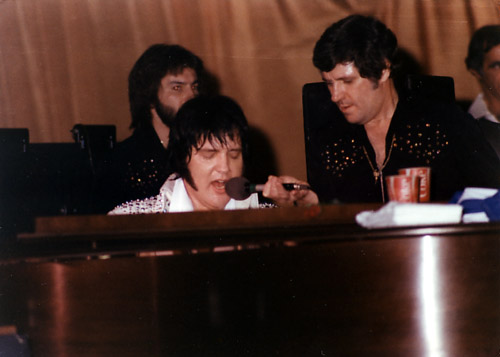 Four songs of that show and recorded from the soundboard were released on the Fort Baxter outing " Moody Blue & Other Great Performances " and more were eventually released on the CD " Coming On Strong ". The highlight of the show was undoubtedly when Elvis sat at the piano and announced that he was going to sing a gospel song that he never done on stage, then proceeded to sing " Where No One Stands Alone ".