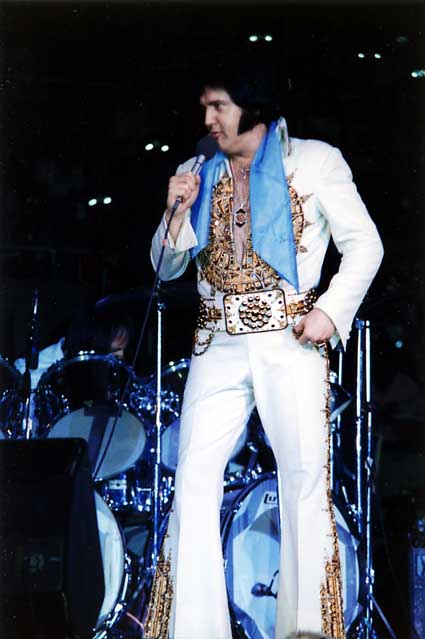 Providence, RI. May 23rd 1977.This tour became known as the " Sundial Tour " because Elvis wore only his " Sundial jumpsuit " to all the shows and that's the only tour where it occurred. 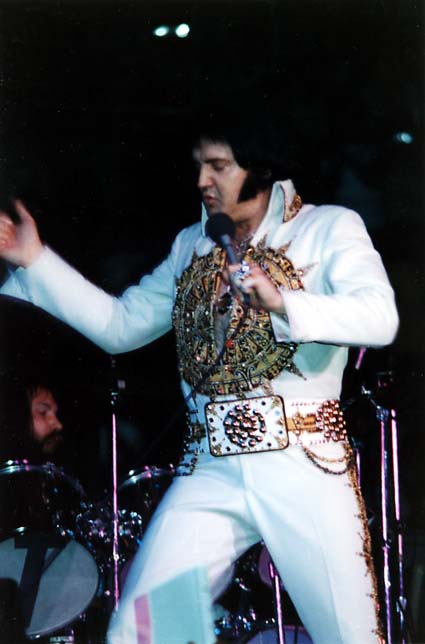 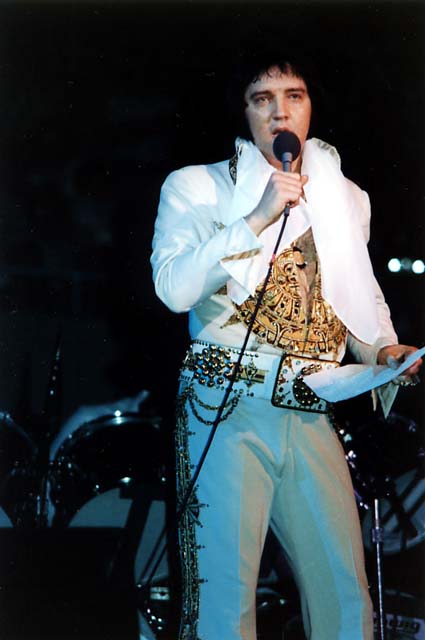 A reporter from the Journal Bulletin was impressed with his rendition of " My Way " and wrote " Singing as though he really meant what he was singing, really putting his heart into it, he reminded us all that he really has done it his way".