Could have Colonel Tom Parker been too busy to notice Elvis? Not very likely.

From Wikipedia.....
"A singer by the name of Tommy Sands caught Parker's eye in 1952, and Parker immediately set about promoting the youngster. He arranged live appearances and became somewhat of a father figure to the then 15-year-old Sands. Parker had intended to mold Sands into the next Roy Rogers, but Sands had no interest in such a plan. Instead, Parker sent demonstration recordings to Steve Scholes at RCA. Scholes showed little interest in Sands, but promised that he would attempt to find songs he might be able to record."

"Sands's initial recordings achieved little in the way of sales but in early 1957 he was given the opportunity to star in an episode of Kraft Television Theatre. He played the part of a singer who was very similar to Elvis Presley, with guitar, pompadour hair, and excitable teenage fans. On the show, his song presentation of a Joe Allison composition called "Teen-Age Crush" went over big with the young audience and, released as a single by Capitol Records, it went to No.2 on the Billboard Hot 100 record chart and No. 1 on the Cashbox chart. It became a gold record. His track, "The Old Oaken Bucket", peaked at #25 in the UK Singles Chart in 1960."

"Sands' sudden fame brought an offer to sing at the Academy Awards show and his teen idol looks landed him a motion-picture contract to star in a 1958 musical drama called Sing, Boy, Sing, the feature film version of "The Singin' Idol." About this time, he also appeared on an episode of The Ford Show, Starring Tennessee Ernie Ford. Sands' pioneering contribution to the genre has been recognized by the Rockabilly Hall of Fame. In 1961 Sands and Annette Funicello sang the Sherman Brothers' title song from the Walt Disney release of The Parent Trap."

Add for the the "Sing Boy Sing" movie in the 1958 Song Hits magazine.


The movie was an expansion of the January 1957 Kraft Television Theatre episode "The Singin' Idol".

NancySinatra-Elvis-239x300.jpg
You do not have the required permissions to view the files attached to this post.

George Smith
Posts: 3508
Registered for: 13 years 11 months
Location: Down at the end of Lonely Street
Been thanked: 1743 times

Tom Parker and Tommy Sands remained good friends even when their business relationship faded about the time Parker began to pursue Elvis.

In many ways, Sands was Parker's proto-Elvis -- a good-looking young hillbilly who sang poppy songs.

It's my understanding that it was Parker who suggested Sands for the role in the TV programme.

I wonder what Elvis' buddy Nick Adams had to say about his role in Sing Boy Sing.
Top

Sands and Presley shared a few bills, back in the day. 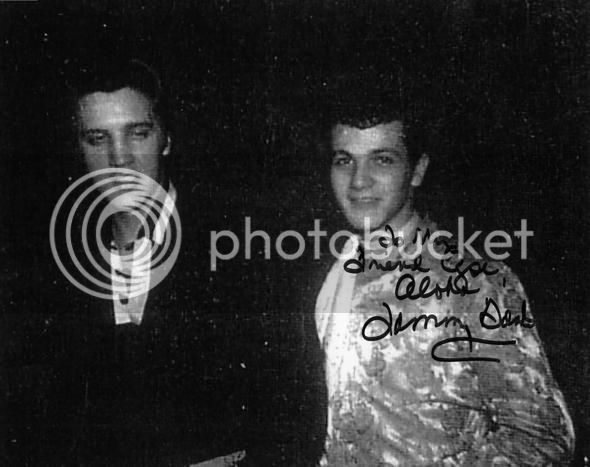 
Sands married Sinatra on September 11, 1960 at the Sands Hotel in Las Vegas. They separated in April 1965. Nancy filed for divorce on June 16th, citing "extreme mental cruelty and has inflicted grievous mental suffering." She won a default divorce on July 29th. Shortly after, her career began to take off. Coincidence?

I seen that picture of them together but I wasn't sure if it was real so I left it out.

And Tommy's career was on the decline.Another coincidence ?

Maybe if Parker stand with Tommy Sands for good, Elvis Presley after the army had a different and more successful career-with other manager, of course.
Top
7 posts • Page 1 of 1

Return to “The Fool's Forum of Classic Elvis Articles' & Pictures'”