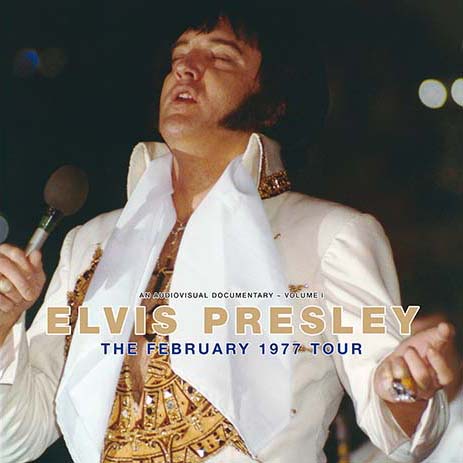 ROCK LEGENDS BACK WITH A WINNER!

Back in the mid-to-late-'90s, the Rock Legends label had been responsible for several Elvis CD projects, however, it eventually and mysteriously dissolved as per the norm given its "import" status. The audio quality of these compact discs had largely varied from good to excellent but soundboard sources became scarce and competing with the then newly developed Follow That Dream label proved difficult, if not impossible. Around 2013, the label resurfaced (suspected under new management) with several re-releases in the way of such titles as From Richmond To Greensboro, No More Feedbacks, and most recently with clearer audience recordings on Las Vegas' Voice Volumes 1 and 2, among others. 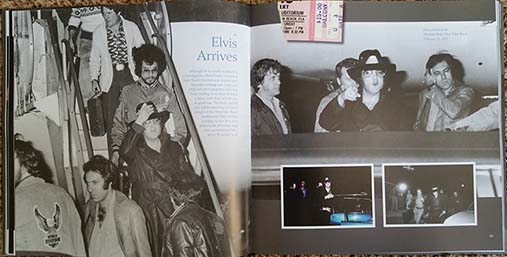 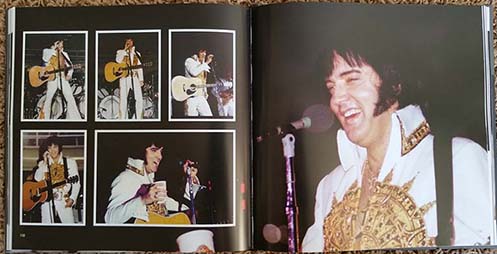 Now, a brand new release called Elvis Presley - The February 1977 Tour An Audiovisual Documentary Vol. 1 has been released on the Rock Legends label, and my instincts tell me there is definitely a new creative team masterminding a production such as this. 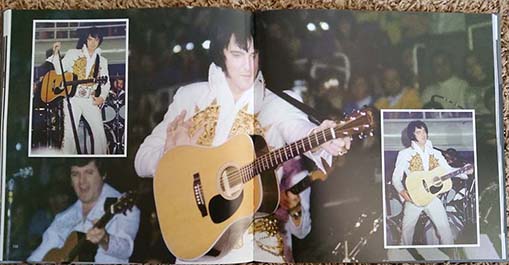 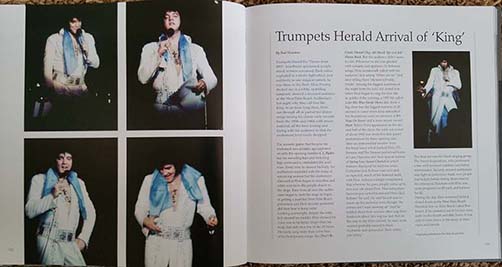 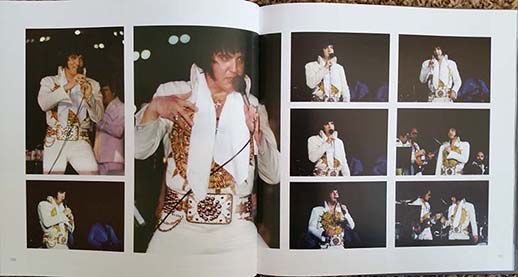 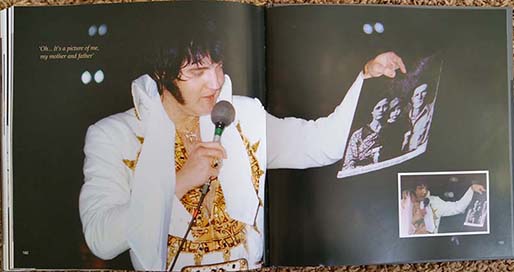 The book itself is a 10''x10'' hard bound photo documentary and by no means bulky or sloppily presented. The cover photo choice is an excellent one as Elvis is depicted replete in his Sundial suit seemingly engrossed in his music while striking a classic air-guitar pose. As stated, the book opens with the last tour of '76. All shows are photographically well represented on high quality paper, resulting in the vibrant clarity of the rare and/or unpublished images throughout. I count dozens of photos that are new to these eyes in the '76 section alone, up to and including Pittsburgh! The "visual" aspect of the book never disappoints as scores of images that debut here are apparently exclusive to the producers involved. Text includes actual newspaper reviews from each corresponding city with headlines such as: "Elvis Is Still King", "Magnetic Elvis Can Still Thrill Audience", "Trumpets Herald Arrival Of King" and "Still Compelling"! Candid photos show Elvis' arrival to each town respectively. The Charlotte show is the main photographic focus as is the included bonus CD. 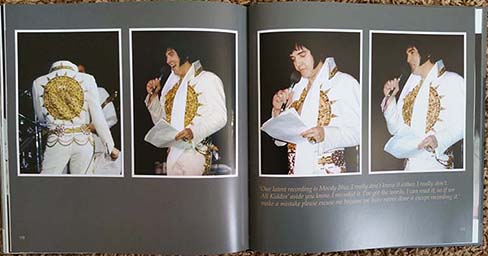 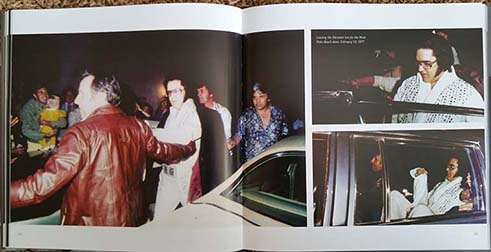 There have been several CD reissues in the recent past that proclaim "new and improved, re-mastered sonics." To be fair, some have lived up to this proclamation, while others have not. The 14 tracks from Charlotte in this package DEFINE audio restoration. Although veteran fans will undoubtedly have heard this material before, the producers have conjured a fresh sound and remarkable technique that truly showcases the full and rich baritone that Elvis ALWAYS maintained. When presented on a high fidelity system, the CD takes on new life. In my amateurish opinion, I would presume that a new and different source was used for the disc! Selected tracks from each corresponding city are also integrated and aptly so. "Blueberry Hill" from West Palm Beach, "Where No One Stands Alone" from Montgomery, AL, "First Time Ever I Saw Your Face" and "For The Good Times" from Birmingham, and "Rags To Riches" from Pittsburgh are staples from these shows that are extremely well sung and should be considered impromptu gifts! The extraordinary sound quality of the disc is not only worth stressing, but worth the price of admission in and of itself! 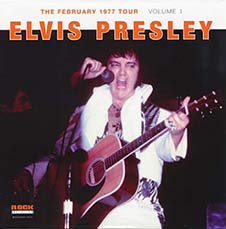 The over-all packaging far exceeded my expectations right down to the CD cover (again, a rare photo of an engaged Elvis singin' the blues). It is the reviewer's contention that this Volume 1 package CAN and WILL inspire those who believe the unique artist in Elvis EVER died. $ave, if you must, but make no mistake, this belongs in your collection! BRING ON VOLUME 2, PLEASE!