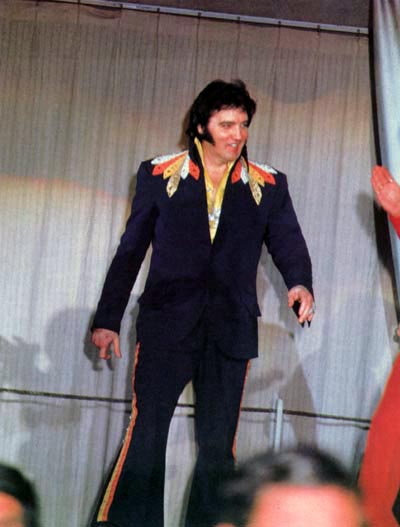 Murfreesboro,TN.May 6th 1975. Elvis is wearing at this show a two pieces suit  relatively rare and seldom worn when compared to the others. For the first time since 1972 Elvis was performing into two pieces suits . He started using them in March 1975 for his Vegas shows and also during the April-May '75 tour. 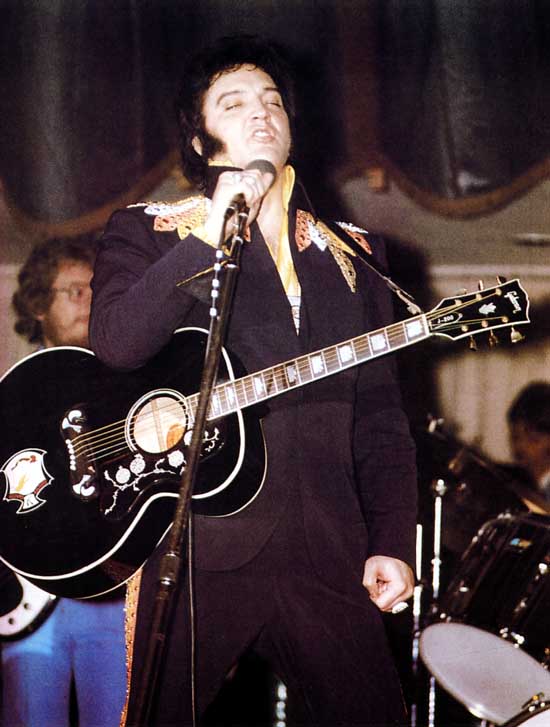 There's also a little story behind that particular stage attire. In late 1975 Elvis gave it away for auctioning if the money would go to charity, a woman from Montgomery,Ala. bought it for $5000. and still had the suit in 1977. The suit was bought later on by Jim Curtin.

The two pieces suit was photographed when she got to her Hotel room after the auction.