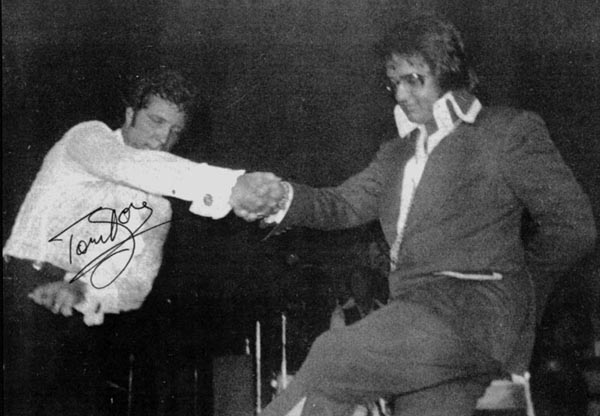 Elvis didn't leave Las Vegas right away after his closing show of April 1st 1975. He remained there and attended a few shows including Tom Jones' performance at the Caesar's Palace on April 4th 1975. The above photograph has been autographed by Tom Jones when he performed in my hometown. 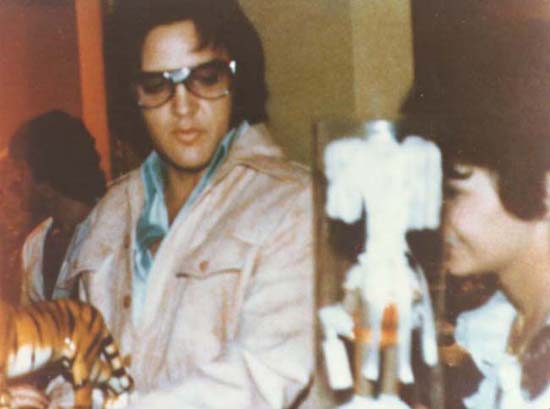 The picture above was taken backstage in Las Vegas on August 20th 1975. Two fans from Belgium gave him a ceramic tiger with an inscription on it saying " Elvis, Tiger Master Of The Art ". This tiger ended up in Graceland where it still can be viewed while visiting the house. After his performances that night the Vegas season was cancelled and Elvis flew right back to Memphis.