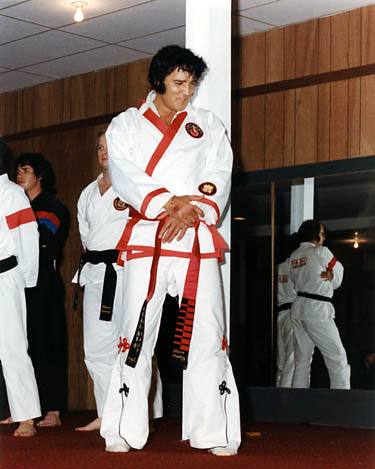 Memphis,TN. September 9th 1974. Elvis was producing his first movie, a karate documentary originally titled " The Ten Fingers Of Memphis ". Some parts of the documentary was shot at the Kang Rhee Karate Institute in Memphis, Elvis's taekwondo instructor. 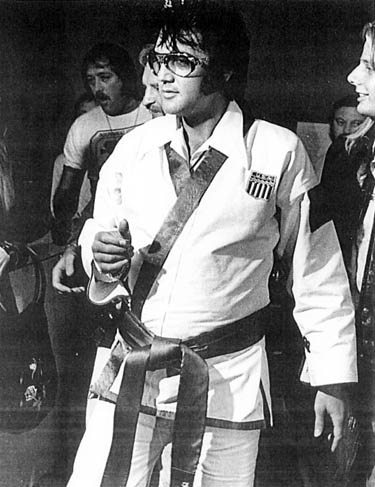 The footage included in the movie " This Is Elvis " was filmed on September 16th 1974. Bill Wallace and Dave Hebler flew to Memphis for the filming. On that day the world heavyweight karate champion Bill Wallace was promoted to the fourth degree black belt. Elvis gave Bill Wallace a trophy for the occasion.