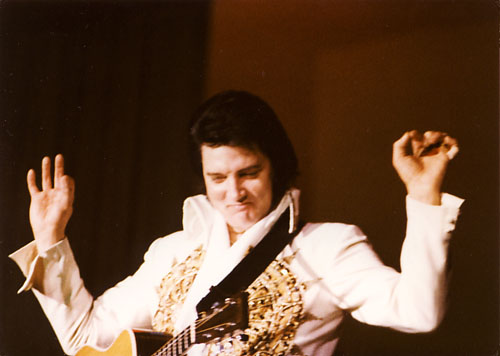 Lincoln,Nebraska June 20th 1977. These photographs were taken during Elvis' last tour, the footage seen in "Elvis In Concert 1977 " were filmed on the 19th & 21st. The show in Lincoln was originally planned as one of the concert that would be included into the CBS Special, but the manager of the Pershing Municipal Auditorium cancelled his agreement with CBS at the last minute for reasons related to an insurance problem. this is at least what the manager reported to one journalist of one Lincoln Newspaper. 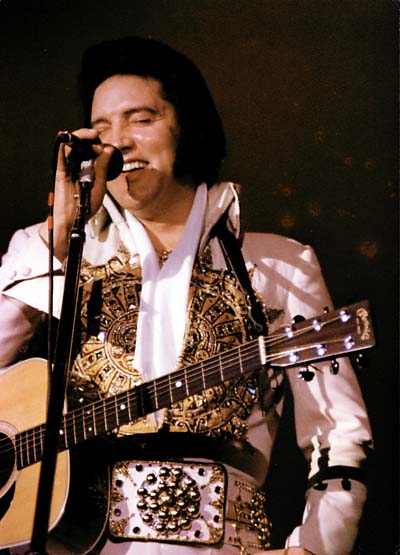 Is it possible that CBS introduced some filming crews into the auditorium and filmed a few sequences? One thing for sure though, the marquee of the Pershing Municipal Auditorium could be seen early in the CBS Special. 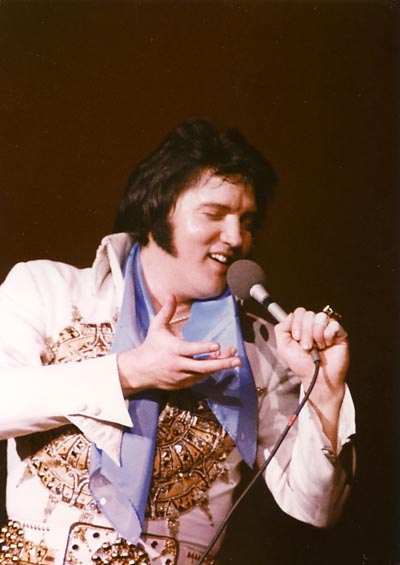 During that June '77 tour Elvis only wore the Sundial jumpsuit at every shows excepted for the Kansas City on the 18th where he had the "King Of Spades" jumpsuit. The songs performed in Lincoln were similar to several concerts of this tour, " Help Me " was sung and quite unusually " Unchained Melody " done right before the introductions of the band.