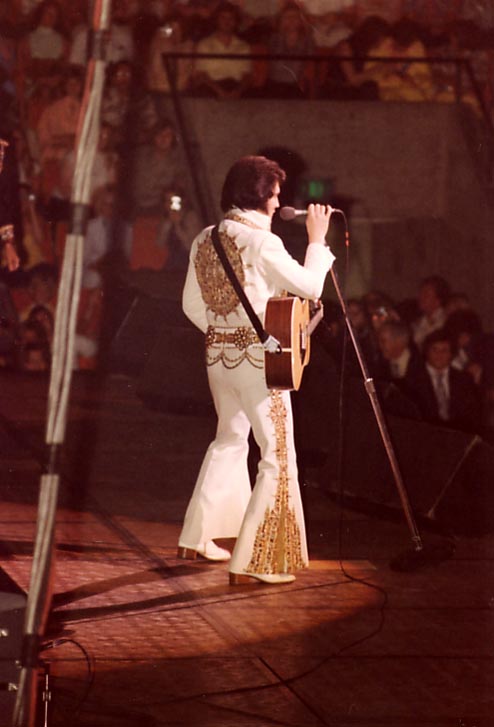 Indianapolis, IN. June 26th 1977. This last show at the Market Square Arena was Elvis' best of the tour and very unfortunate this one wasn't filmed by the CBS-TV crew along with the previous night in Cincinnati,OH. 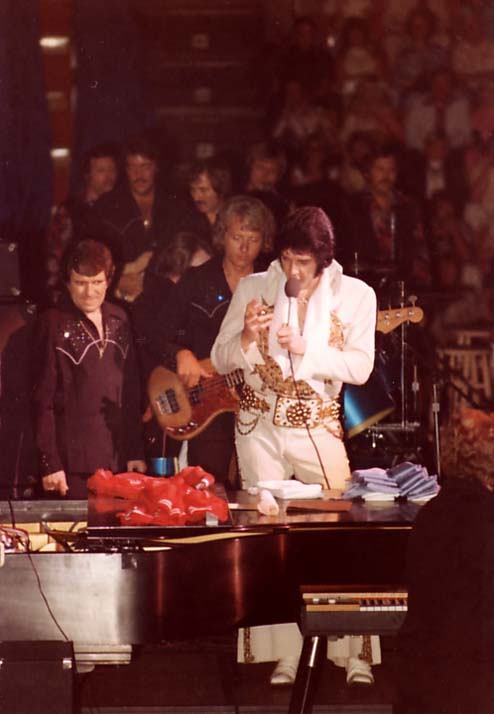 Rita Rose in the Indianapolis Star wrote "....Elvis seemed not to want the show to end. He introduced numerous friends and relatives that came with him from Memphis for the show.Then, for the final time, he sang Can't Help Falling In Love. Even as the music faded, he wouldn't leave the stage.He walked back and forth, shaking his head in disbelief at the roar as more than 18,000 fans stomped and cheered. " 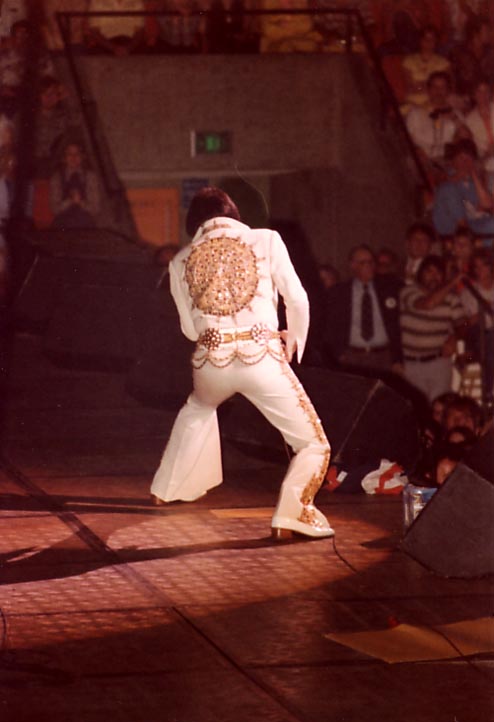