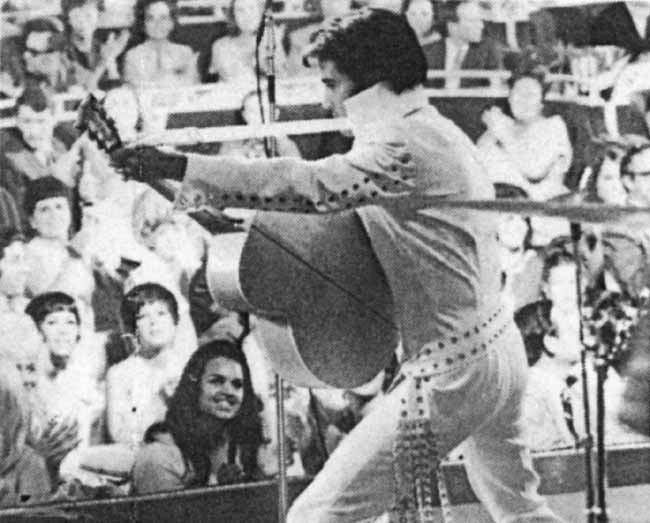 Here's a photograph of a very rare jumpsuit,the latter attire is being named "Metal Eye jumpsuit"and was taken during the first week of his August 1970 season, which means that the MGM cameras were there too.You could equally see on the above picture that the lights are on into the showroom although this is very early into the show as Elvis still has his guitar,therefore it's more than probable that footage was filmed during that particular show in spite of the fact that no sequences appeared in "T.T.W.I.I. & Lost Performances" with this jumpsuit. 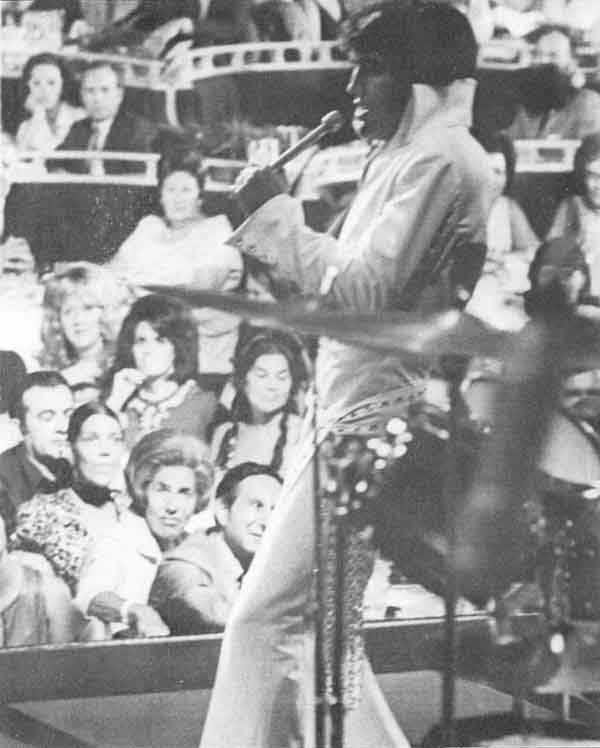 I recently found another photograph with that rare jumpsuit. Obviously the above shot has been taken at the same show. An interesting fact is that this one has been taken a bit later in the show ( Elvis used the guitar on the first two or three songs depending what was his choice for his third number ) and the lights are still up in the showroom, hence indicating that the MGM cameras are still rolling. Hummmmmm....I wonder what MGM might have in their Kansas Salt Mines!!!!! 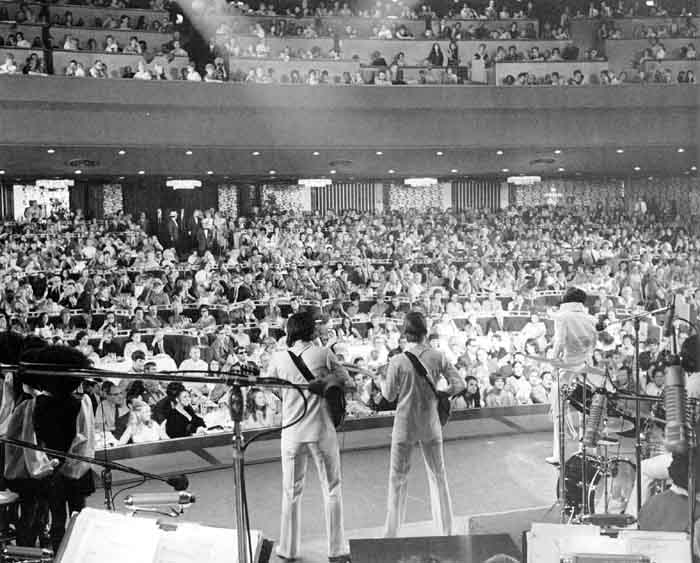 The picture above recently appeared  into the excellent FTD book with CD titled " The Way It Was ". It was taken at the same concert, and again all the lights are still up in the showroom.