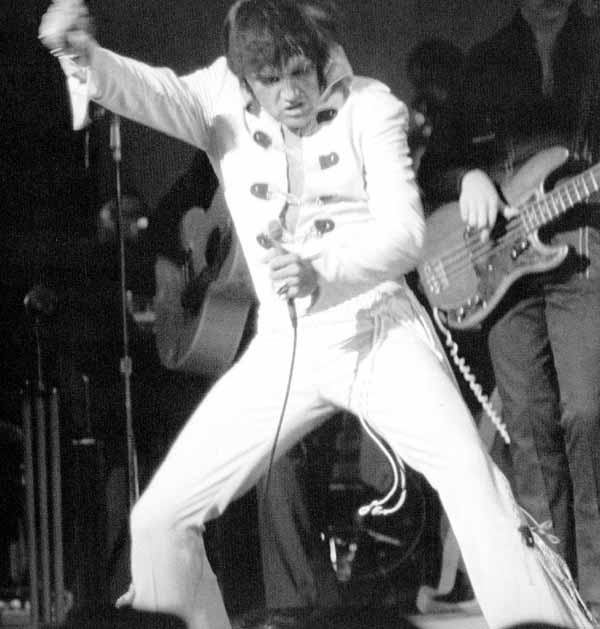 This is certainly one of the famous jumpsuit of 1970 and named the " Chain suit " by the fans, all the photographs above were taken during the first week of  August 1970 and several sequences with that jumpsuit were in the movie T.T.W.I.I. and later on also in the video " Lost Performances ". Elvis has also worn this attire during the two 1970  tours after his Vegas appearances, with different belt variants, the one above being the original belt as seen in the movie. The FTD book with CD " The Way It Was " is an excellent picture documentary on Elvis' performances from August 1970. 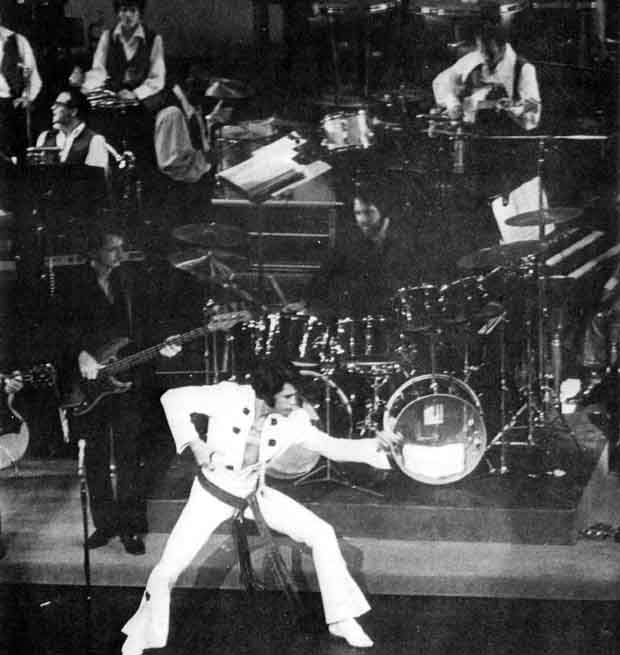 August 14th, 1970 midnight show. Here's one of the belt variant used by Elvis, this belt  belongs to the " Red Ladder " jumpsuit (Wonder Of You, Make The World Go Away,etc.. in the video " Lost Performances "). In the movie T.T.W.I.I. you can see some sequences shot from the back ( Polk Salad Annie & Can't Help Falling In Love (before the curtain is closed) ) where Elvis is dressed exactly like that. I don't know however if the sequences in the movie are actually from August 14th, hopefully it's the case as this is the show where Elvis performed an excellent version of " Oh! Happy Day ", by the way folks, you can hear Elvis saying on the tape during " Polk Salad Annie " that "....You all gonna be in movie now, so smile! " the show overall is excellent and I wish we'll see some footage filmed by M.G.M. in the future. 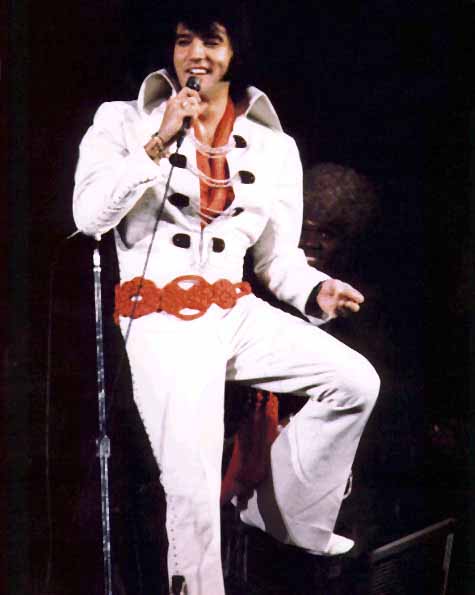 Some pictures were often  being credited as being from St. Louis,MO. on September 10th, 1970 with Elvis wearing this jumpsuit with this red belt. In fact someone informed me that Elvis wore the " Fringe jumpsuit " at the St. Louis, MO. concert. It appears the photograph above would be actually from San Diego,CA. on November 15th, 1970 We have here another belt variant , that latter has been used with different suits but is widely known as its being featured on the " I Got Lucky " front cover (with a different suit), and was equally worn with one of his two pieces suit in August 1972 . 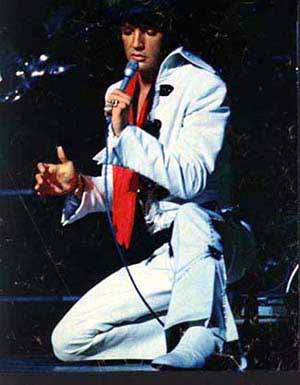 Detroit,MI. September 11th 1970 . Although it's not too clear on the photograph, this time the belt is dark brown. You can see it much better below with another pic from the Miami,FL. September 12th, 1970 evening performance. ( A reporter from Miami described the evening show with " Elvis wearing an all-white leather outfit with long fringe, a red scarf around his neck and a brown tassel around his waist....". She definitely mixed things up a bit here as some parts of her descriptions fit perfectly with the picture below (the scarf and belt), however it's at the matinee performance Elvis wore the " Fringe jumpsuit " with a blue scarf and tassel. 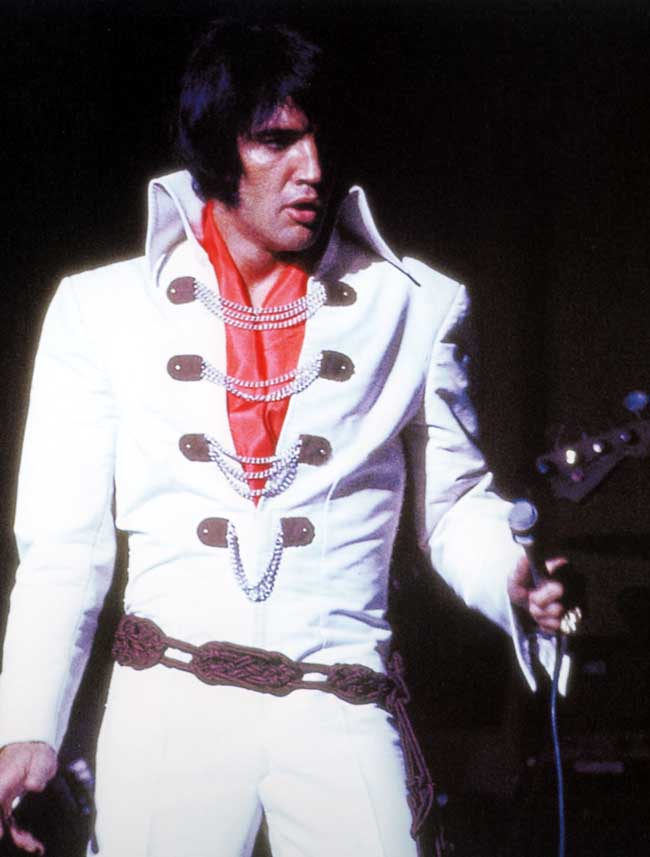 This photograph and several others can be found in the excellent book " For The First Time Ever " from J.A.T. Publishing.