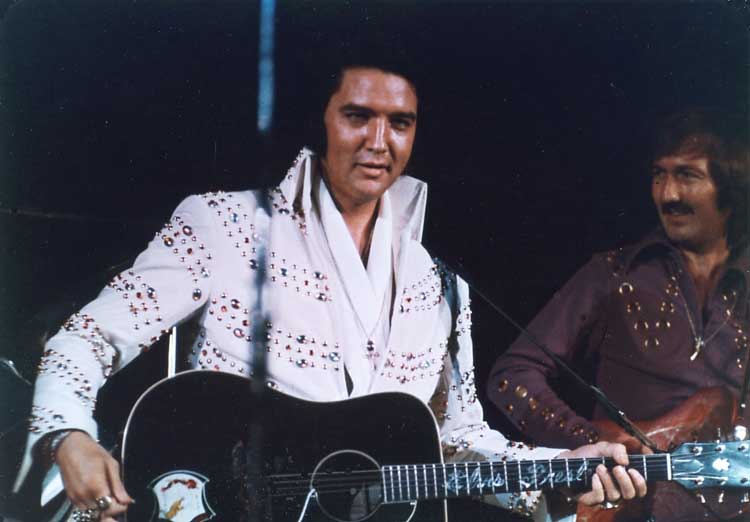 The photographs are from the June 28th 1973 concert in St.Louis, MO. at the Kiel Auditorium. This jumpsuit is known as the " White Nail  ". According to the newspaper review, the hits of the show were " I'm Leavin' " and " American Trilogy ", during which " nothing was held back. Presley reached for the ceiling with his voice. " 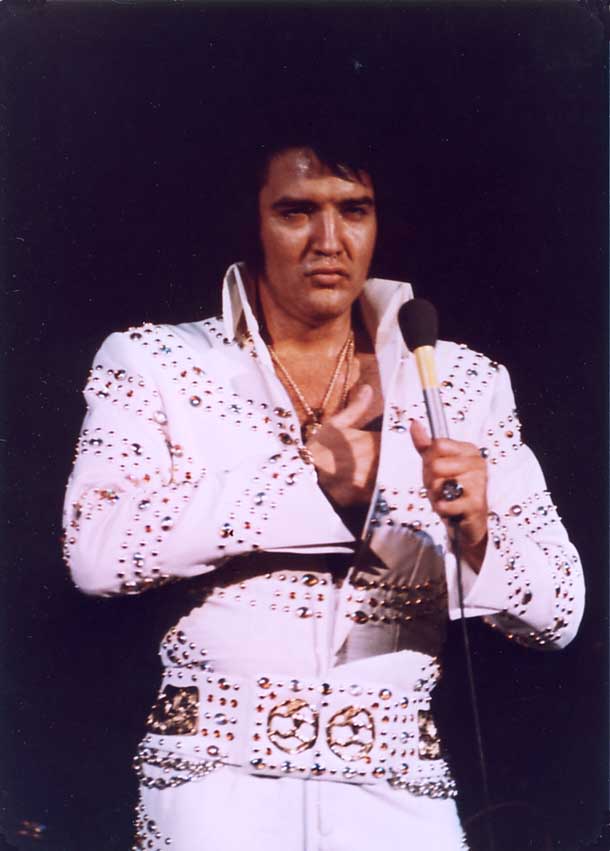 It looks like Elvis became an impersonator for a brief moment. The photo above show Elvis making his imitation of Napoleon Bonaparte. Indeed that French Emperor had the habit of putting his right hand into his coat, and it seems Elvis decided that was also suited for a " King ". 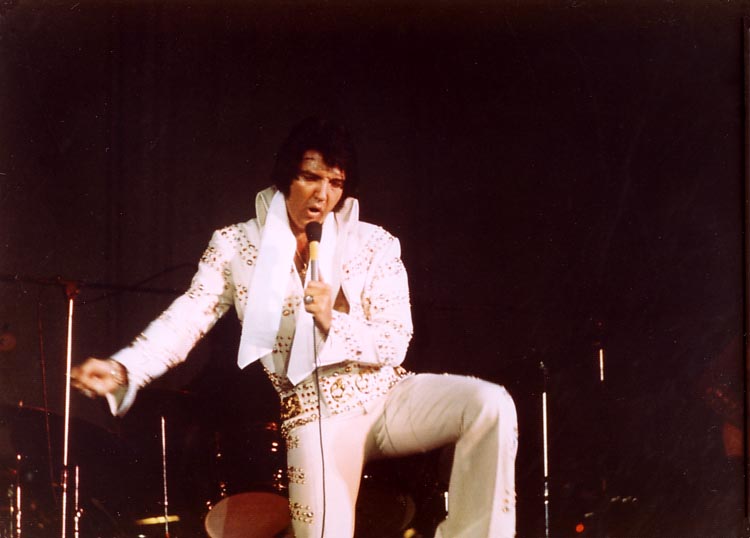 Elvis returned to Atlanta's Omni after St.Louis for three shows (June 29th-30th). These appearances were announced in early May and only two concerts were scheduled. Ticket demands were so important that a third show was added and a fifth one on July 3rd. Elvis also performed on June 21st at the Omni at the beginning of this tour.